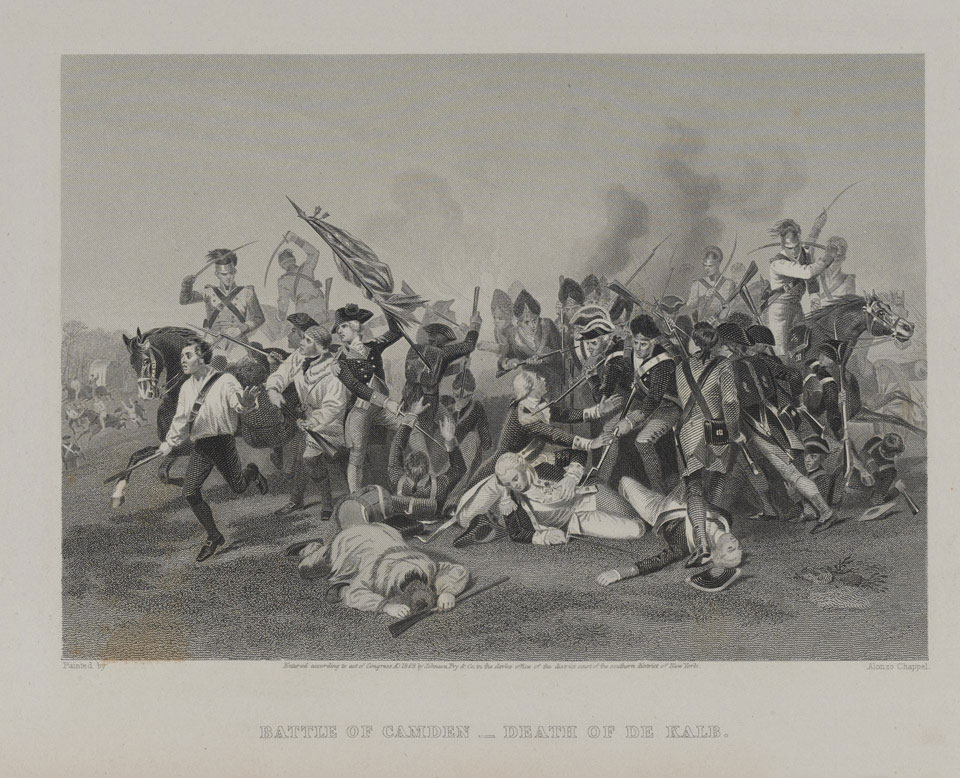 The Battle of Camden was a major victory for the British during the American War of Independence (1775-1783). British forces routed the American troops north of Camden, South Carolina. The victory strengthened the British hold on the Carolinas following their capture of Charleston.