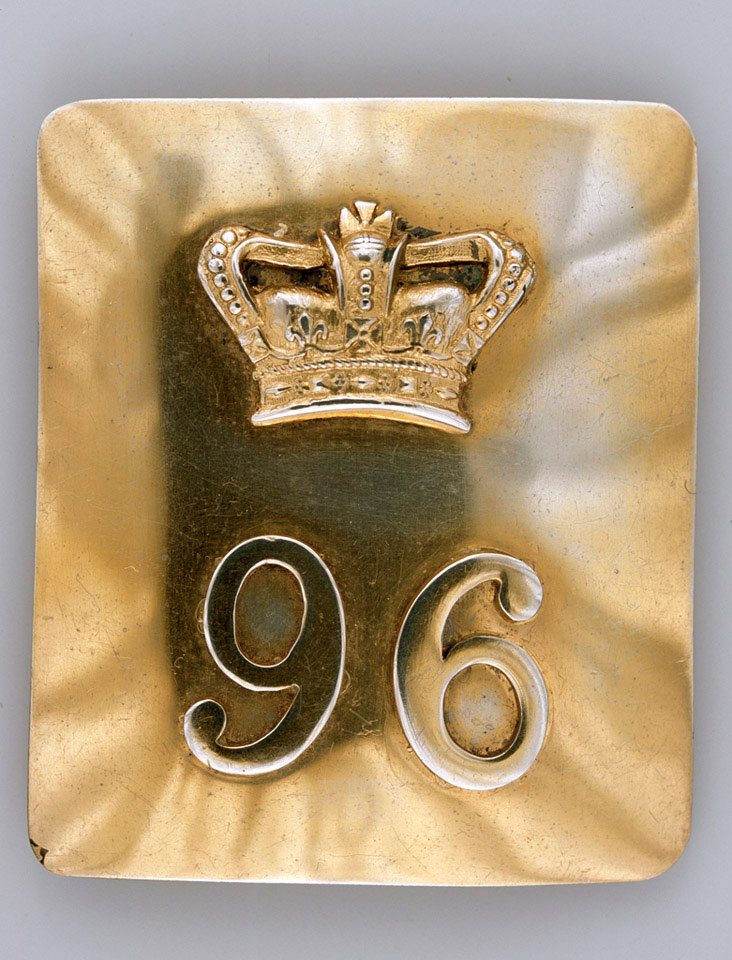 Silver gilt and silver badge with regimental number surmounted by a crown.

The 96th Regiment of Foot was raised in Menorca in 1798. It fought against Napoleon's forces in Egypt, Portugal and Spain. The Regiment served in Canada during the American War of 1812 but was disbanded in Ireland in 1818. Reformed in 1824, the Regiment saw service in Australia, New Zealand and India. Army reforms eventually led to the amalgamation of the 96th with the 63rd (West Suffolk) Regiment in 1881, to form the Manchester Regiment.