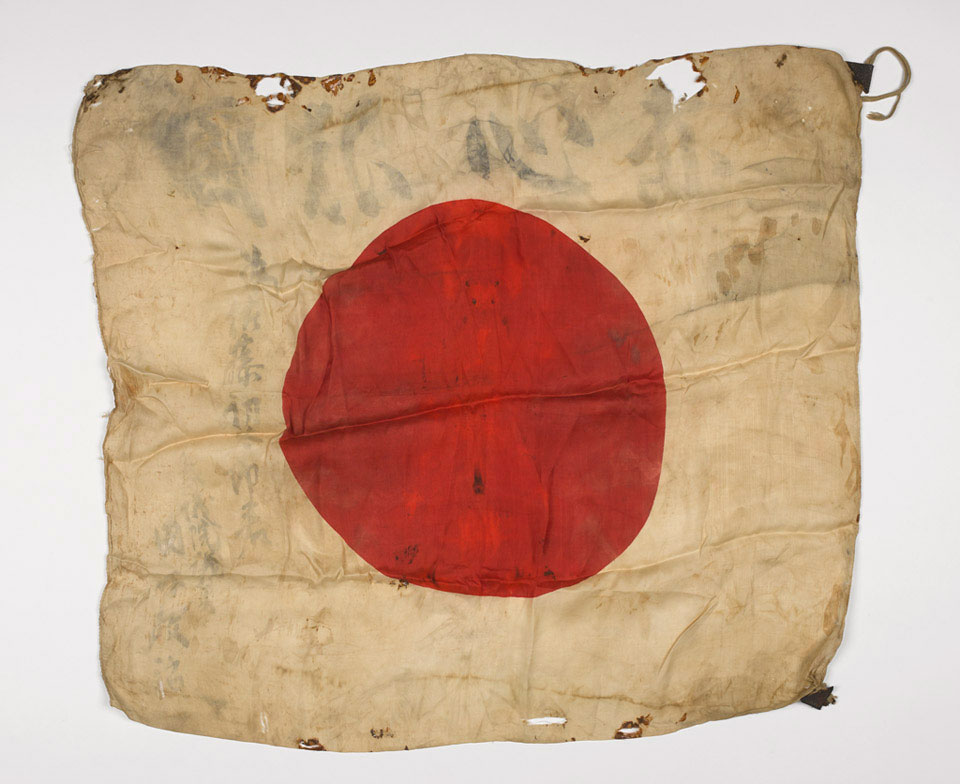 This flag, with its faded Japanese writing just visible, was probably found during the relief of Kohima in Nagaland, India, in April 1944. The Battles of Imphal-Kohima were fought between 8 March and 18 July 1944, and were the turning point of the Burma campaign, one of the most gruelling contests of World War Two (1939-1945). The decisive Japanese defeat in north-east India became the springboard for the Fourteenth Army's subsequent re-conquest of Burma.