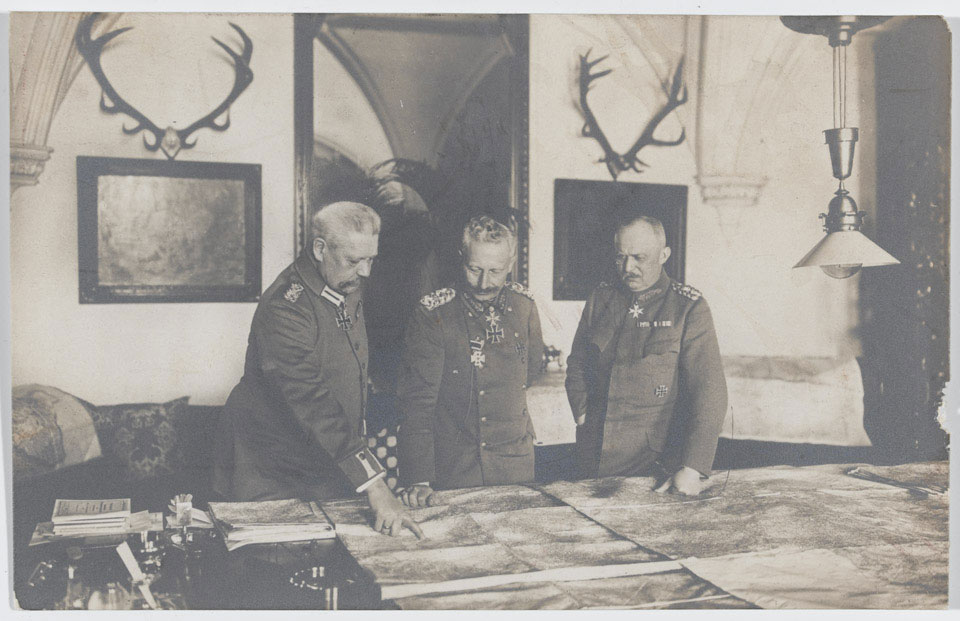 Kaiser Wilhelm II (centre) studying operational maps with Hindenburg (left) and Ludendorff (right). Hindenburg, who replaced General Erich von Falkenhayn as Chief of the German General Staff on 29 August 1916, shaped much of Germany's military policy for the remainder of the war with his colleague Ludendorff. The latter was First Quartermaster-General, a role in which he directed the German armies and wielded power over German politics and industry. In many ways, the popular Hindenburg was a figurehead behind which Ludendorff ran things. The Kaiser was reduced to a figurehead. From mid-1916 onward Germany was effectively a military dictatorship.

One of 337 photographs collected by Major-General Sir Edmund Hakewill-Smith, 1917-1955.