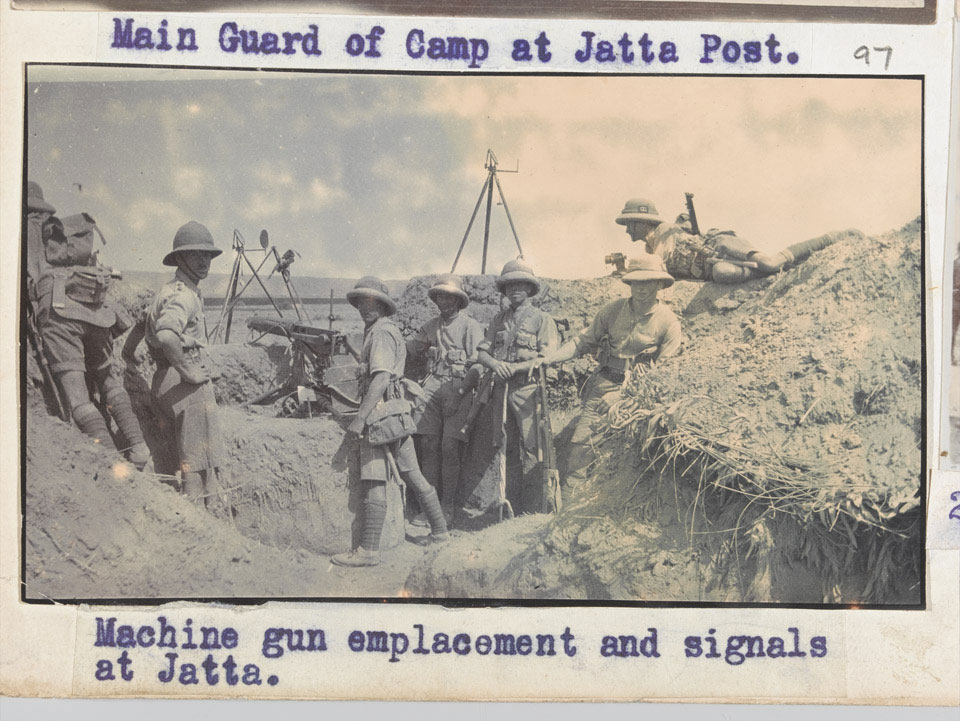 British soldiers from the Royal Sussex Regiment man a hill top position, probably on the Khyber Front. Their unit was part of Brigadier-General Christian's 6th Brigade and engaged in operations against the Afridis who had taken advantage of the 3rd Afghan War (1919) to launch attacks on British convoys. The soldiers' equipment includes several Mance heliographs. This instrument was a small mirror mounted on a tripod, that worked by reflecting sunlight in order to flash messages in Morse code.