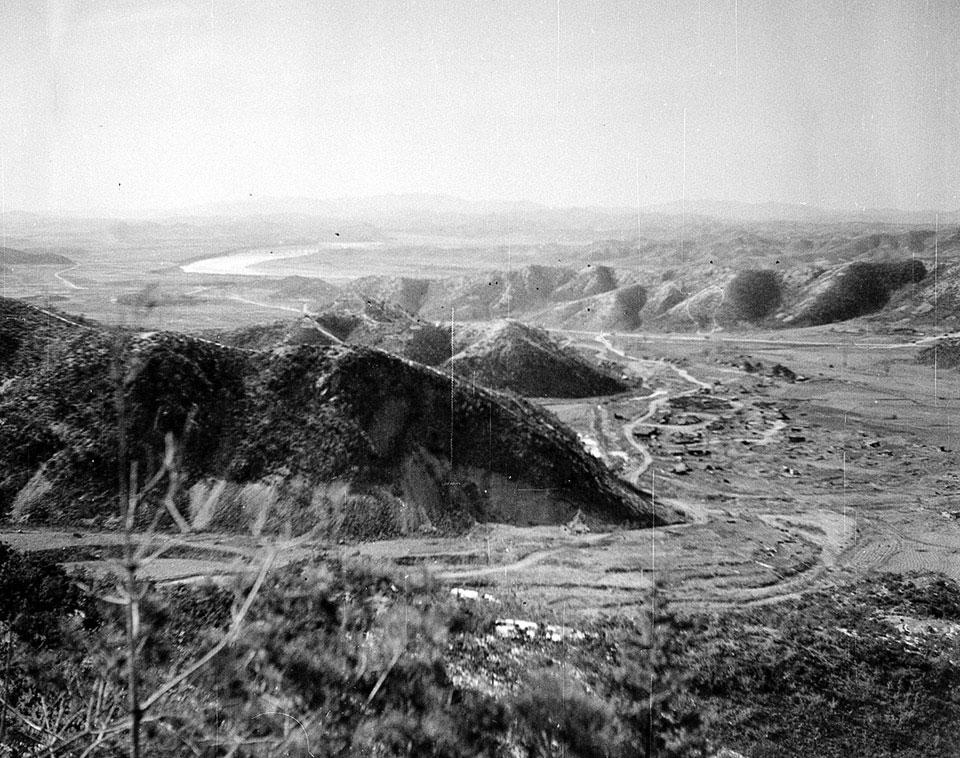 In April 1951, Chinese Communist Forces (CCF) launched their Spring Offensive. In their path was the 29th British Independent Infantry Brigade Group, comprising the Northumberland Fusiliers, the Gloucestershire Regiment and the Royal Ulster Rifles. These three battalions were situated on hilltop positions over a wide front. Facing them was the CCF 63rd Army.

Supported by the Royal Artillery and a squadron of tanks, 29 Brigade fought off waves of Chinese infantry for three long nights (22-25 April). Eventually ordered to withdraw, both the Fusiliers and the Rifles fell back successfully under the covering guns of the tanks, but the 'Glosters' were surrounded on Hill 235. Outnumbered ten to one, they fought on until finally overwhelmed on the devastated, burning hilltop. But the Chinese offensive was broken. Hill 235 is known as 'Gloster Hill' to this day.