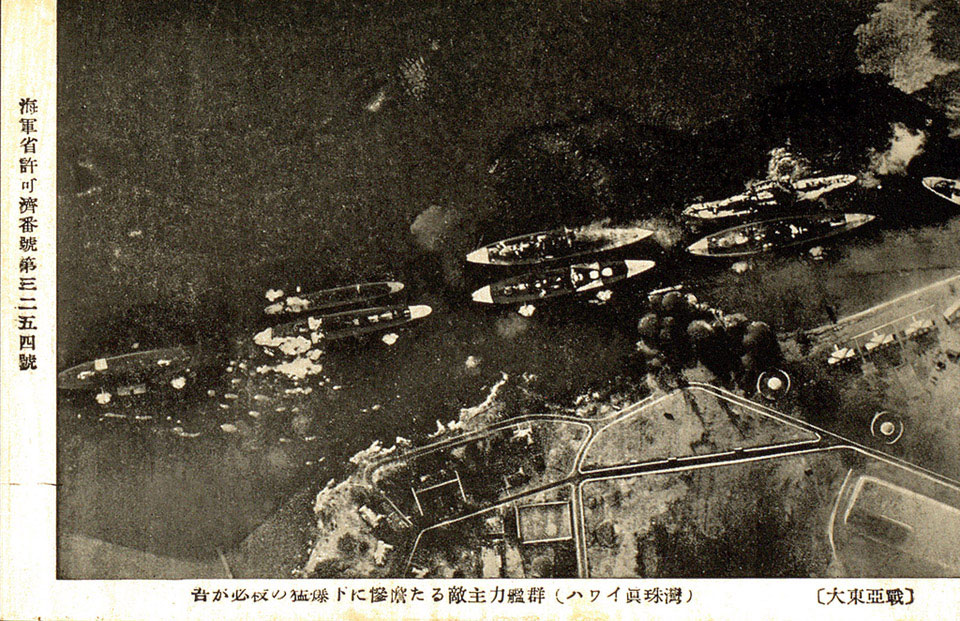 The Japanese attacked the American Pacific Fleet at Pearl Harbour, Hawaii, on 7 December 1941 in order to prevent it interfering with their invasions of the Dutch East Indies, Malaya and other territories in South East Asia. Two waves of aircraft were launched from a Japanese carrier task force.

This photograph depicts 'Battleship Row' beside Ford Island. The Japanese sank four battleships there and damaged four others. Their aircraft also destroyed other vessels and dockyard installations, but crucially the Americans' three aircraft carriers were not in harbour, so escaped destruction.