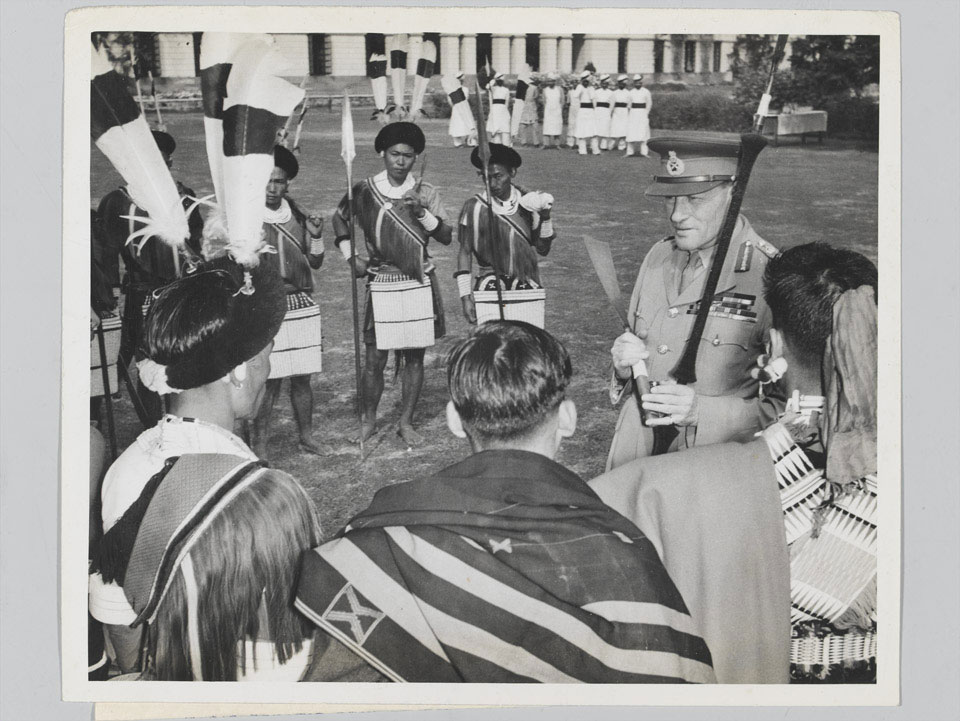 This photograph was taken during the victory celebrations at Delhi, held between 4-9 March 1946, and shows Naga soldiers in their traditional dress. The Nagas were a hill tribe from the Indian states of Manipur and Assam and from across the border in Burma. During the war they guided British columns, collected information about Japanese movements, and carried supplies.