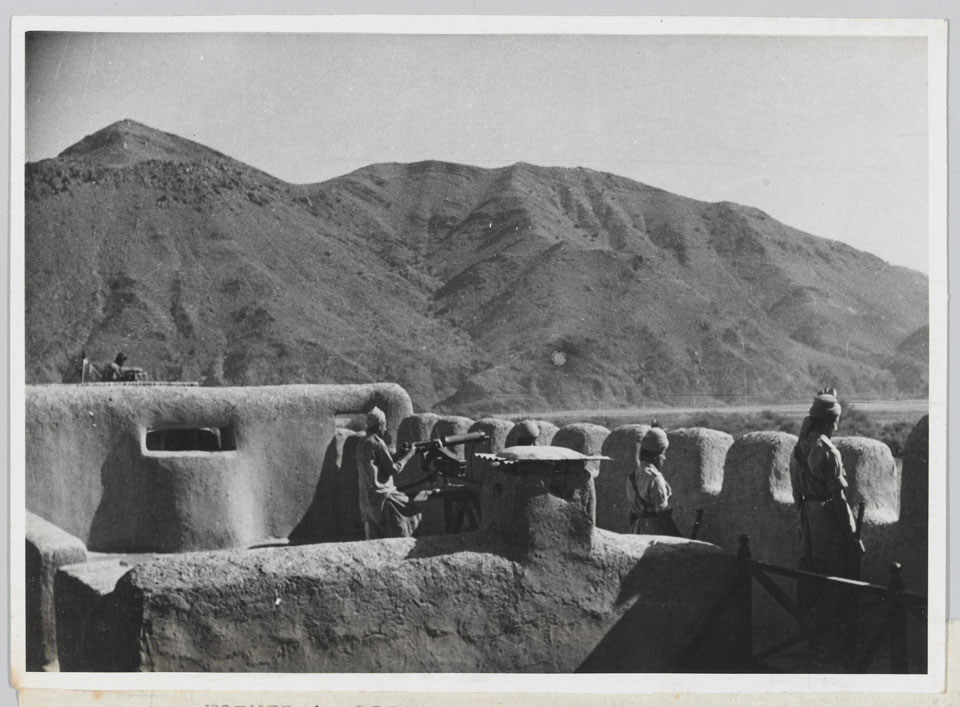 The Tochi Scouts operated in North Waziristan, with their headquarters at Miranshah. They were part of the Frontier Corps which consisted of a number of scout units stationed in the tribal territories. The scout forts were built of sun-dried mud blocks, rectangular in shape with a tower at each corner, placed so as to provide a clear line of fire along the lengths of the fort walls. On the inside, about five feet from the top of the walls was a platform about 10 feet wide. This ran around the perimeter of the fort and formed the roof of the living quarters below. The walls had loopholes and the towers had slits for firing.

From a collection of 233 official photographs collected by Captain Roy Wiltshire in his capacity as Editor of the Indian Army Review.