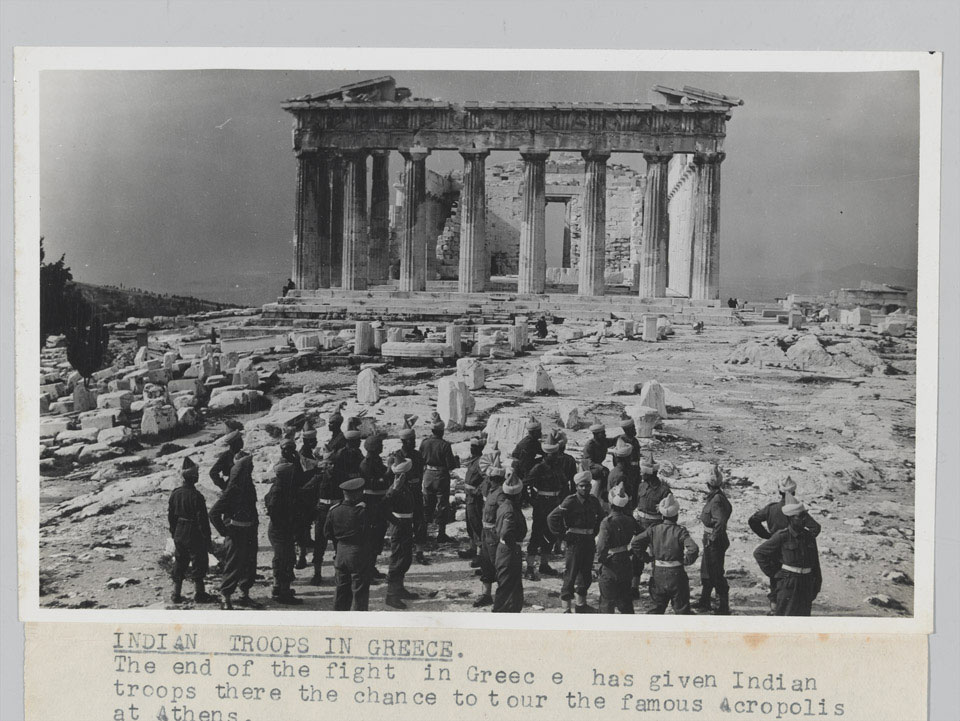 5th Indian Infantry Brigade arrived at Piraeus, the port of Athens, on 9-10 December 1944 to join other British troops supporting the Greek government against Communist resistance groups. The brigade succeeded in clearing them from Piraeus and reopened communications between the port and Athens. After further successful counter insurgency operations the Indian troops handed over to Greek government forces and were withdrawn in mid-January 1945.

From a collection of 233 official photographs collected by Captain Roy Wiltshire in his capacity as Editor of the Indian Army Review.