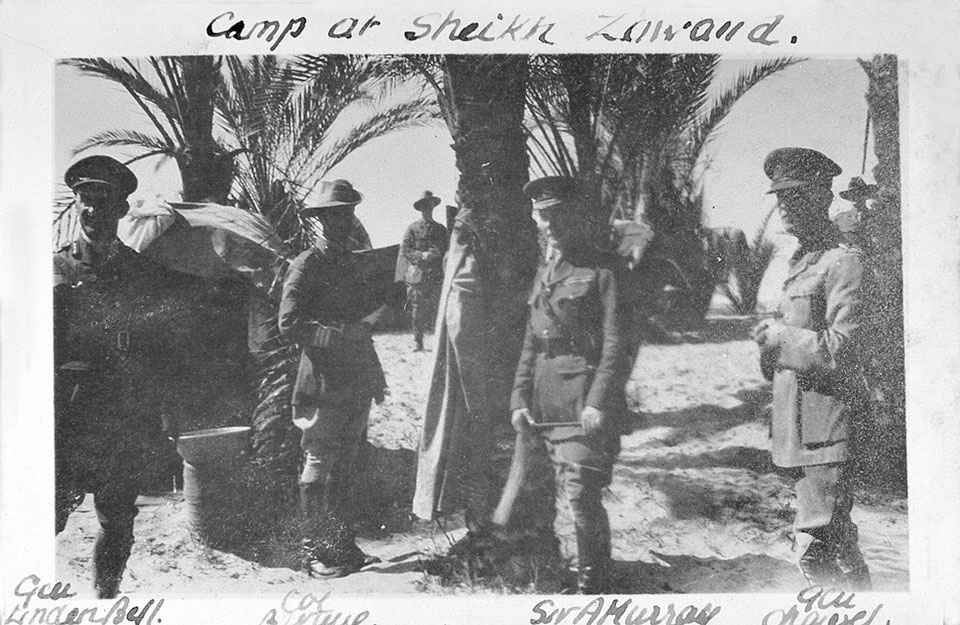 General Sir Archibald Murray and his staff at Sheikh Zawand, 1917

The picture was probably taken when the EEF's Desert Column was encamped at Sheikh Zuweid in early 1917 prior to the First Battle of Gaza in March of that year.