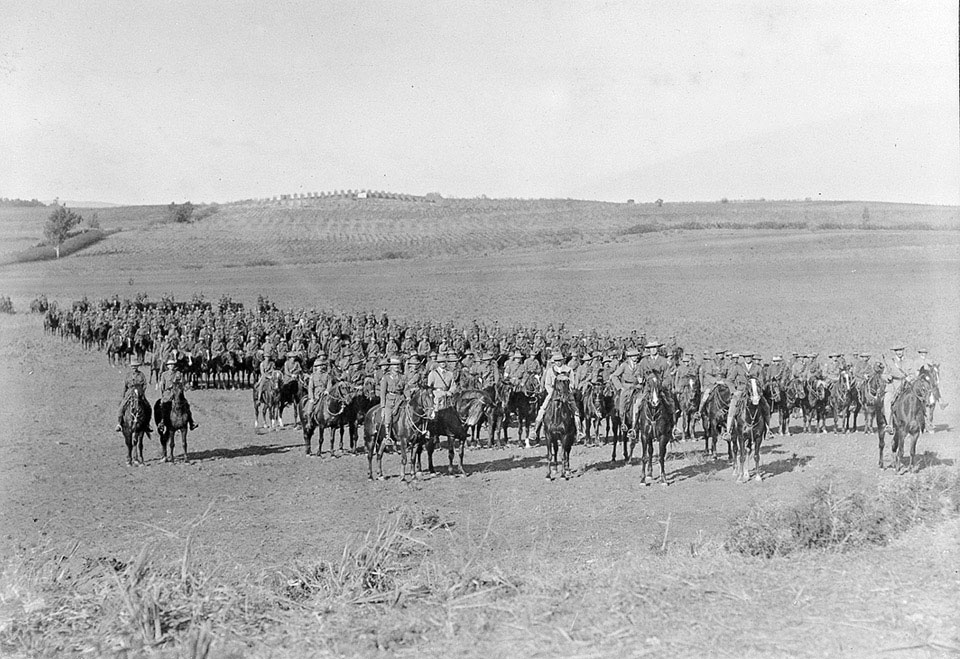 The Australian Light Horse, along with British Yeomanry and Indian cavalry units, played a vital role in the Palestine campaign. At Beersheba (31 October 1917), the Third Battle of Gaza (1-2 November 1917) and the Battle of Meggido, the cavalry helped outflank, encircle and harry the retreating Turks.