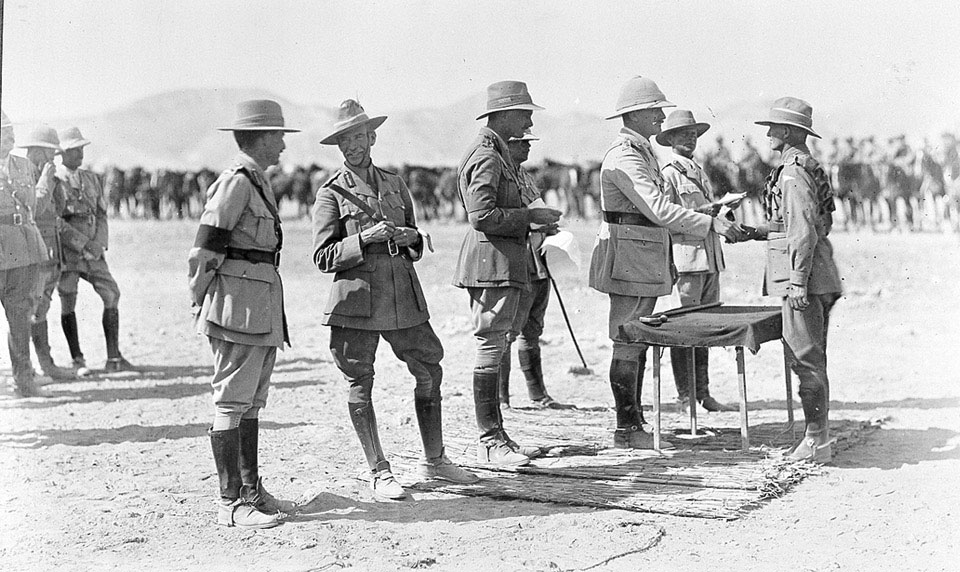 The presentation of medals to troops of ANZAC Mounted Division by General Sir Edmund Allenby, 1918

The Australian and New Zealand (ANZAC) Mounted Division was formed in Egypt in March 1916 from units that had returned from the Dardanelles where they had fought in a dismounted role. During the subsequent Sinai and Palestine campaign the division, commanded by Major General Sir Harry Chauvel and then Major General Edward Chaytor, played a leading role in the defeat of the Ottoman Turks in that theatre.