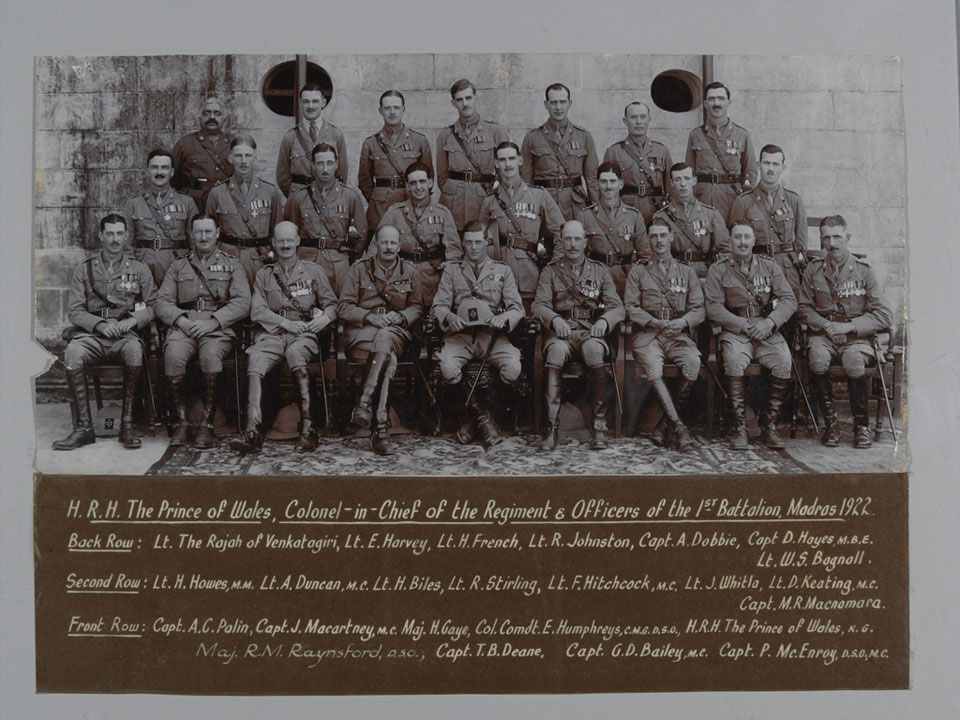 Edward, Prince of Wales, had been appointed colonel-in-chief in 1919. That year the battalion had arrived in India after wartime service in Palestine and on the Western Front. The Leinster Regiment recruited from five Irish counties, all of which became part of the Irish Free State in 1922. The regiment was therefore disbanded a few months after this photograph was taken.