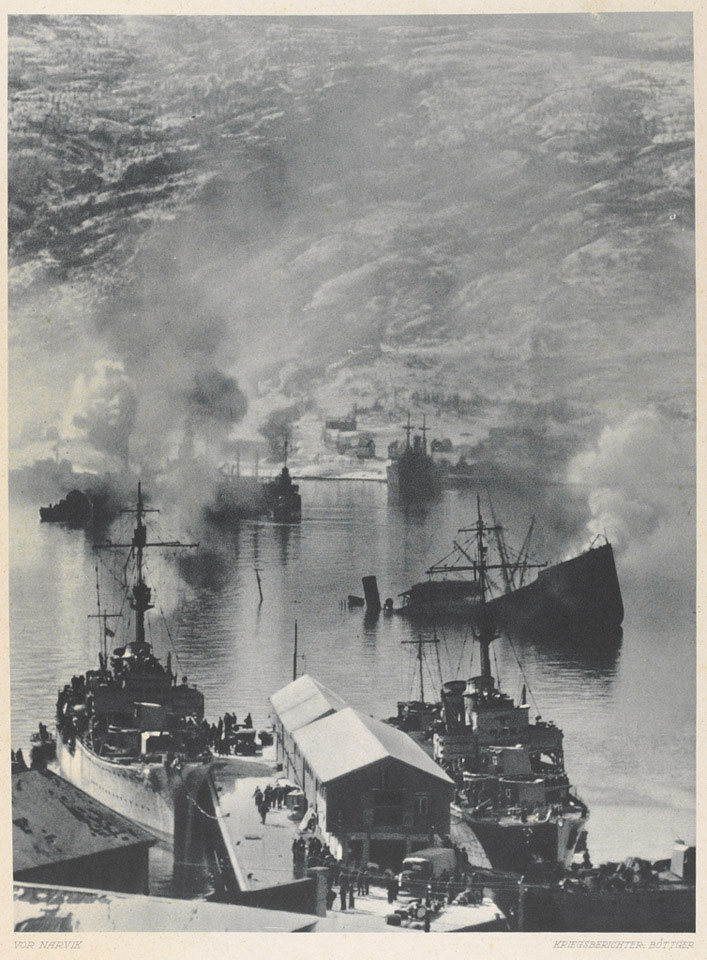 On 9 April 1940, Germany invaded Norway in order to secure its iron-ore supplies. Hitler also wanted to use Norway as a base for naval operations against the Allies. The country was quickly overrun, the Germans using their airpower and paratroopers to secure key centres, and defeat the weak Norwegian forces. British and French troops then landed in the centre and north of the country around Narvik, Aandalsnes and Namsos, but were too few in number and poorly equipped to resist the Germans.