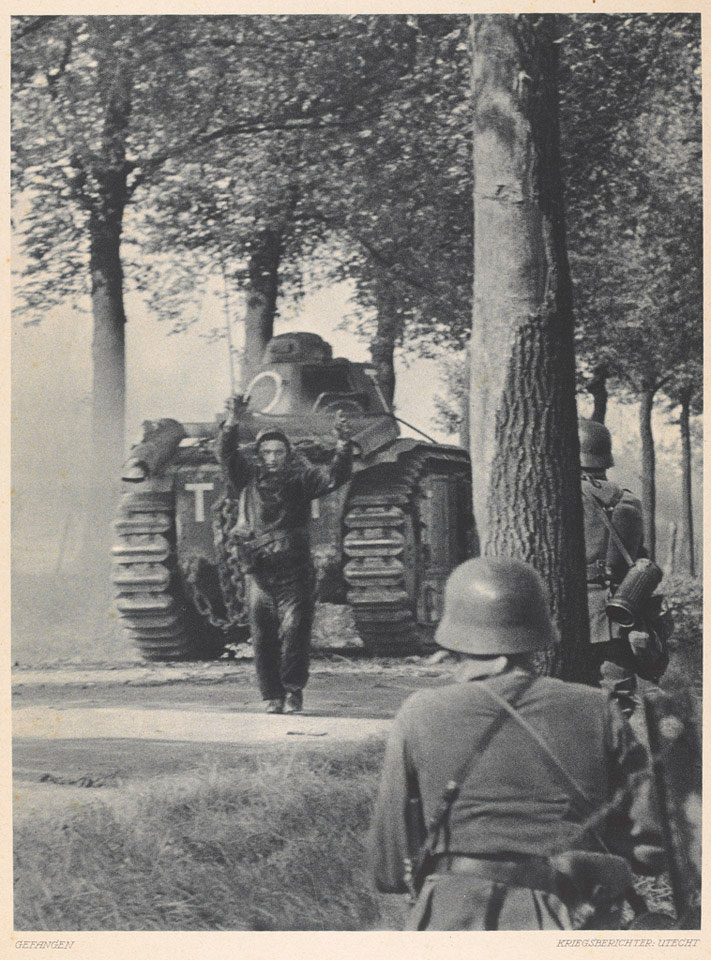 Surrender of a French tank crew, 1940

On 10 May 1940, the Germans invaded the Netherlands, Belgium and Luxembourg. Using the 'Blitzkrieg' techniques of fast moving armoured formations supported by ground-attack aircraft, mobile artillery and mechanised infantry, they quickly overwhelmed the Dutch and Belgian armies.

The British and French had moved into Belgium to meet the attack. However, the main German effort was directed further south. General Gerd von Runstedt's Army Group A advanced through the forests of the Ardennes, considered impassable by the Allies. Although many French units fought bravely, there was little to stop the Germans. The best Allied formations were engaged in Belgium and there was no centrally placed strategic reserve to respond to the new threat.

German tanks crossed the River Meuse at Sedan on 13 May 1940, outflanking the Maginot Line. Breaking through the weak French forces there, they raced towards the channel coast, reaching Abbeville on 19 May and cutting off the Allied troops in Belgium.