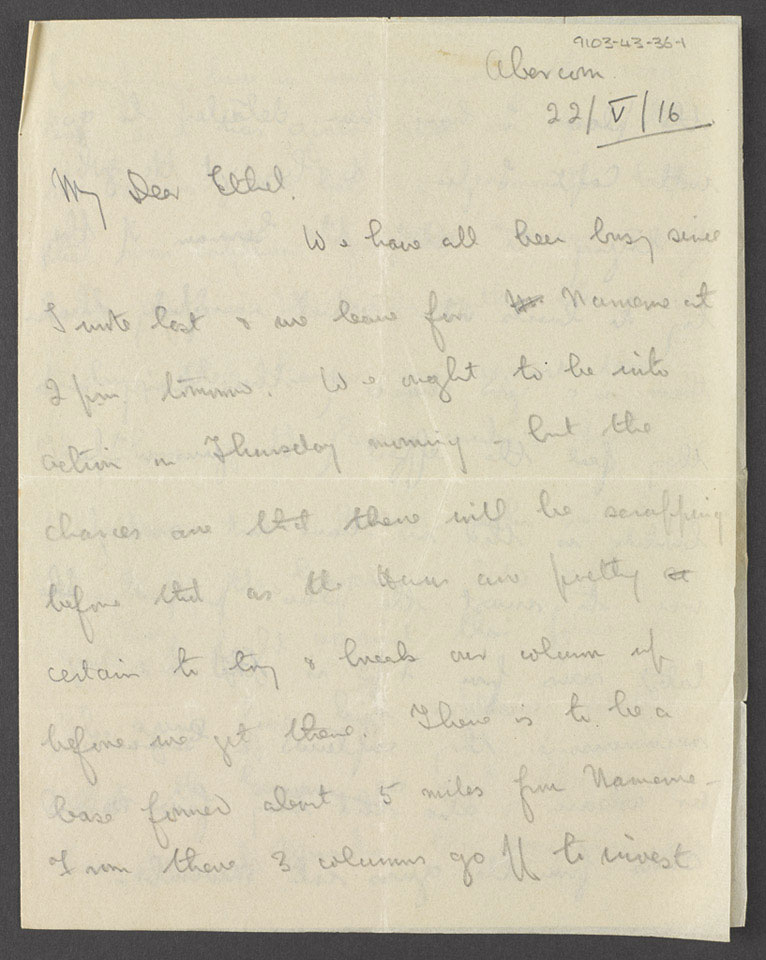 Letter from Captain Alexander Wallace to his fiancee Ethel, 22 May 1916

Wallace was serving with the British South Africa Police during World War One (1914-1918) when he wrote this letter. His unit was about to depart Abercorn (Mbala) in Northern Rhodesia (Zambia) to invest Namema across the frontier in German East Africa (Tanzania). The letter describes his concerns at the start of the operation.