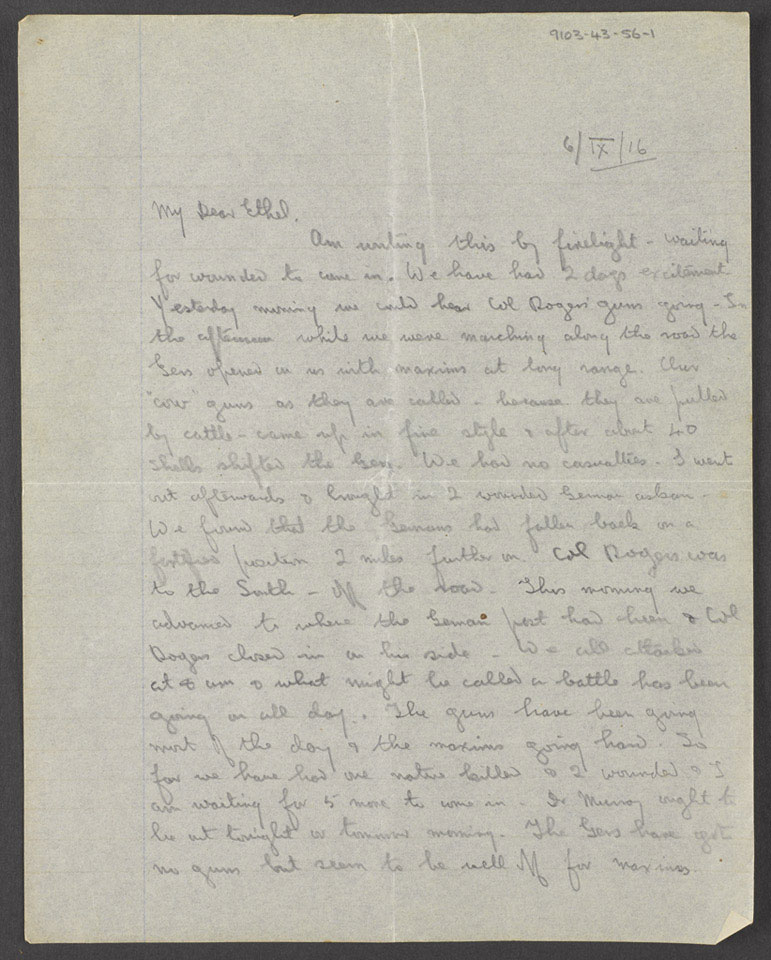 Letter from Captain Alexander Wallace to his fiancee Ethel, 13 September 1916

Wallace was serving with the British South Africa Police during World War One (1914-1918) when he wrote this letter, which includes a description of bush fighting near the Ruhudje River in German East Africa (Tanzania):

'In the afternoon while we were marching along the road the Germans opened on us with maxims at long range. Our "cow" guns as they are called - because they are pulled by cattle - came up in fine style and after about 40 shells shifted the Germans…I went out afterwards and brought in two wounded German askaris. We found that the Germans had fallen back on a fortified position two miles further on…We attacked at 8am and a battle has been going on all day and the maxims going hard. So far we have had one native killed and two wounded and I am waiting for five more to come in…The Germans have got no guns but seem to be well off for maxims.

The next day we could hear our men letting off rifle grenades in the German position and as there was no reply we knew that they had cleared out…We found that they had only moved on about a mile so there was another all day fight. The country here is so mountainous that it is very easy for the Germans to leave a small rearguard to hold us up…The scenery is magnificent. Huge tree ferns all along the valleys and the hills covered with thick bush and bracken which you can't get through without cutting down'.