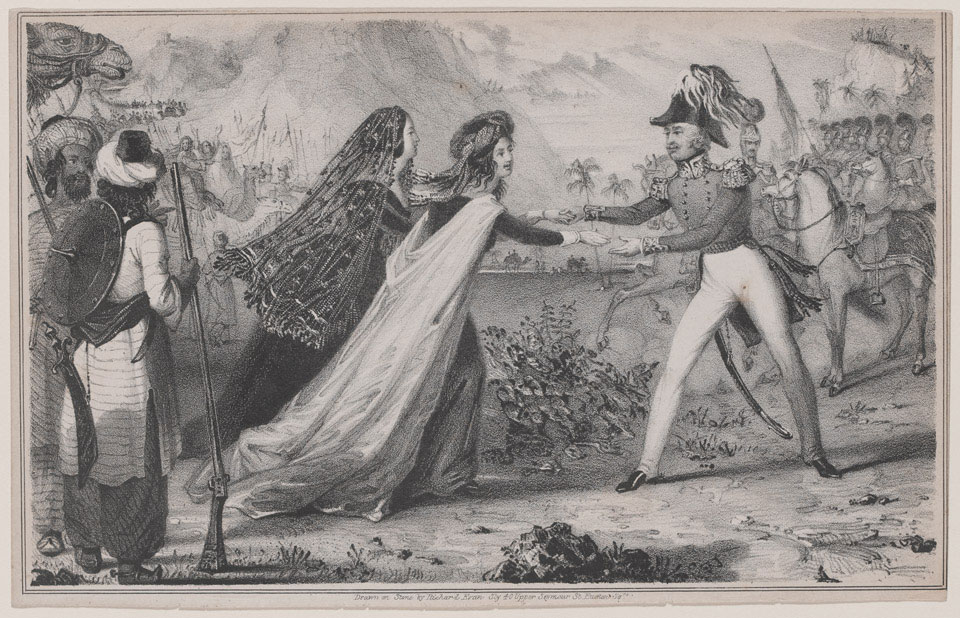 'Lady Sale and her daughter's Interview with General Sale'

Lithograph by and after RIchard Evain Sly, published, 1844 (c).

Lady Florentia Sale (1790-1853), was the wife of Major-General Sir Robert Henry Sale, the defender of Jellalabad during the 1st Afghan War (1839-1842). Lady Sale accompanied the 116 miles retreat of the British from Kabul back to Jellalabad in 1842. After witnessing much bloodshed and nursing the wounded, she was eventually captured and imprisoned. She was finally released in September 1842 by Major-General Sir George Pollock's force. Her husband accompanied the latter and rescued Lady Sale and their daughter in person after advancing into hostile territory at the head of a detachment of cavalry.

Lady Sale kept a diary during the retreat and her subsequent nine months of captivity, which was published to critical acclaim in 1843. Dubbed the 'soldier's wife par excellence' by 'The Times', she was also known as 'the Grenadier in Petticoats' by her husband's fellow officers.