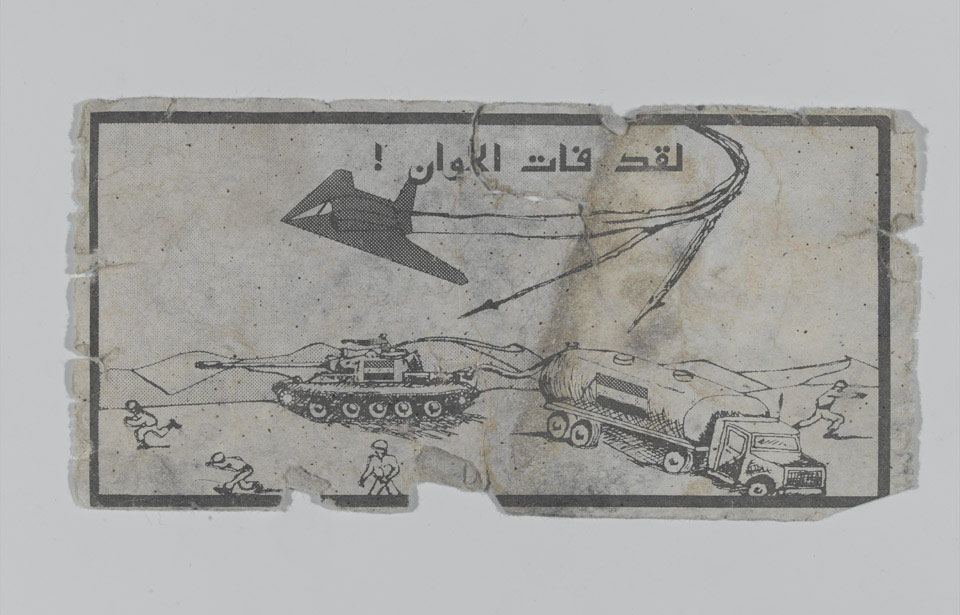 During the Gulf War (1990-1991) this leaflet was dropped on Iraqi forces occupying Kuwait during January-February 1991. It was picked up at the Matla Ridge by General Sir John Chapple on 15 March 1991. It shows a stealth bomber attacking an Iraqi tank and a petrol tanker. Surrender instructions are printed on the reverse in Arabic.