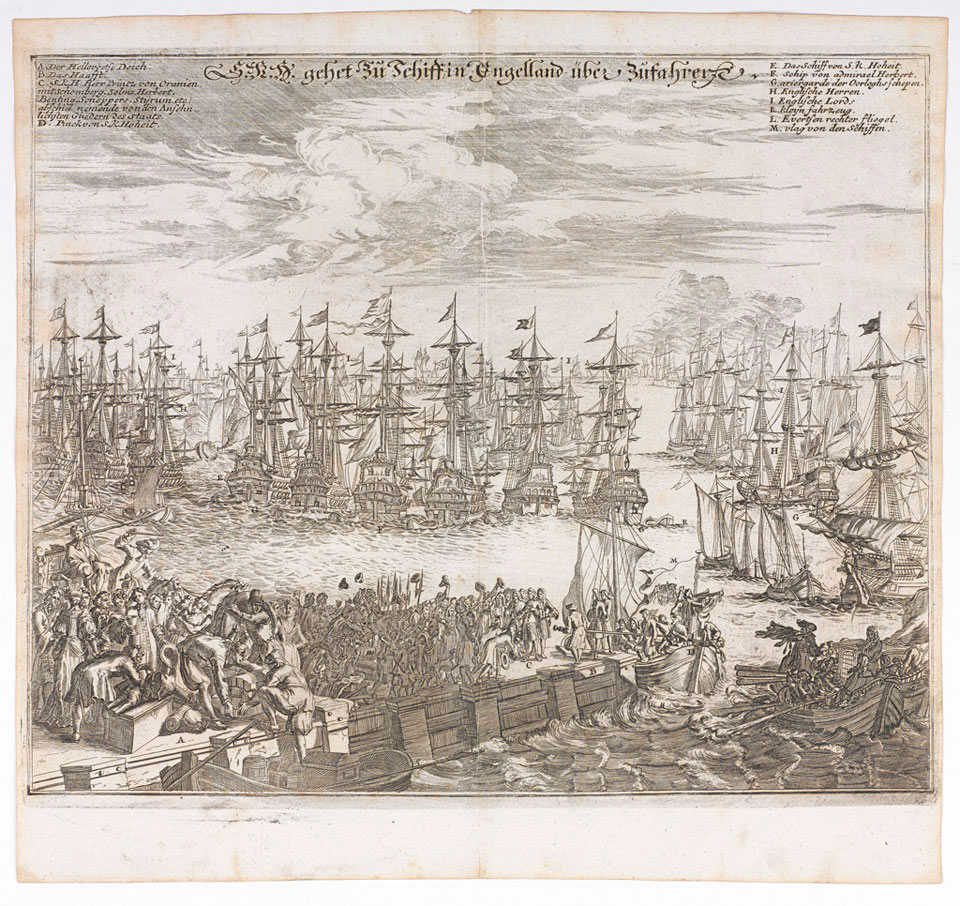 William of Orange's departure for England, 1688

Engraving published in the Netherlands, no date.

Having been invited to seize the throne by opponents of King James II, William landed at Brixham on 15 November 1688. He believed his 14,000 veterans could defeat any force that James could throw at him, but decided to avoid the hazards of battle and maintain a defensive attitude in the hope that James's position might collapse by itself.

This indeed happened, with hardly a shot fired in anger. James had around 30,000 soldiers in southern England, but they either dispersed, sat out the crisis in their garrisons or drifted over to William's side. James was forced into exile.