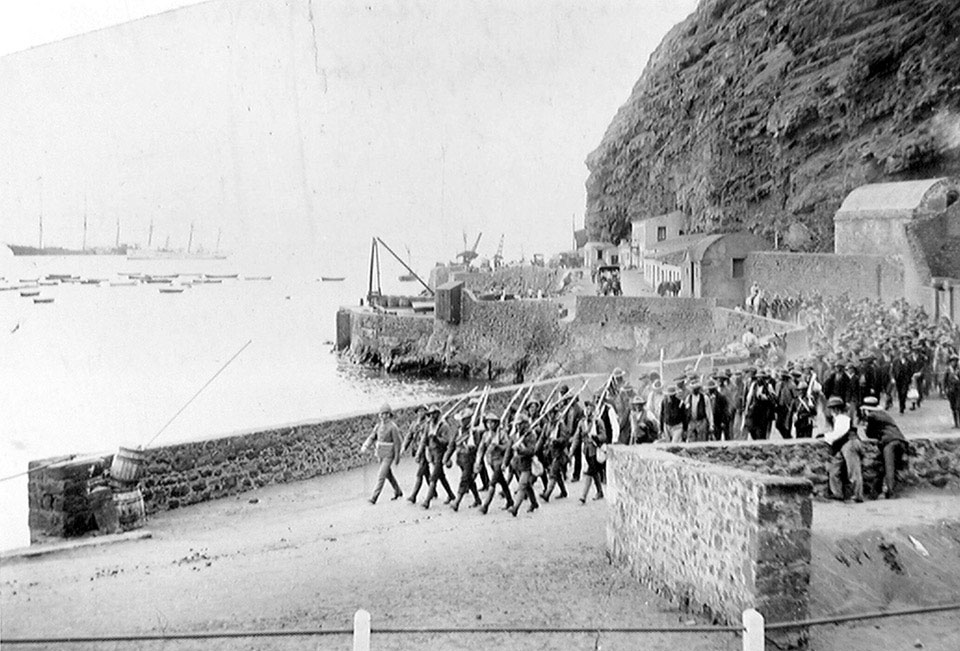 A report compiled in 1901 on the prisoner of war camps on St Helena indicates that a total of 4,600 prisoners were held in two camps on the island. The prisoners were all accommodated under canvas, and guarded by no fewer than 1,100 infantry. The genuine Boer burghers were said to have behaved well, although the foreign element - Scandinavian, American, Irish and other supporters of the Boer Republics - did apparently cause some trouble. Many of the prisoners worked on the farms and gardens of the local residents, and made money by making and selling handicrafts.

From a collection of six photographs relating to Boer prisoners of war on St Helena, 1901 (c), collected by John English, Duke of Cambridge's Own (Middlesex Regiment).