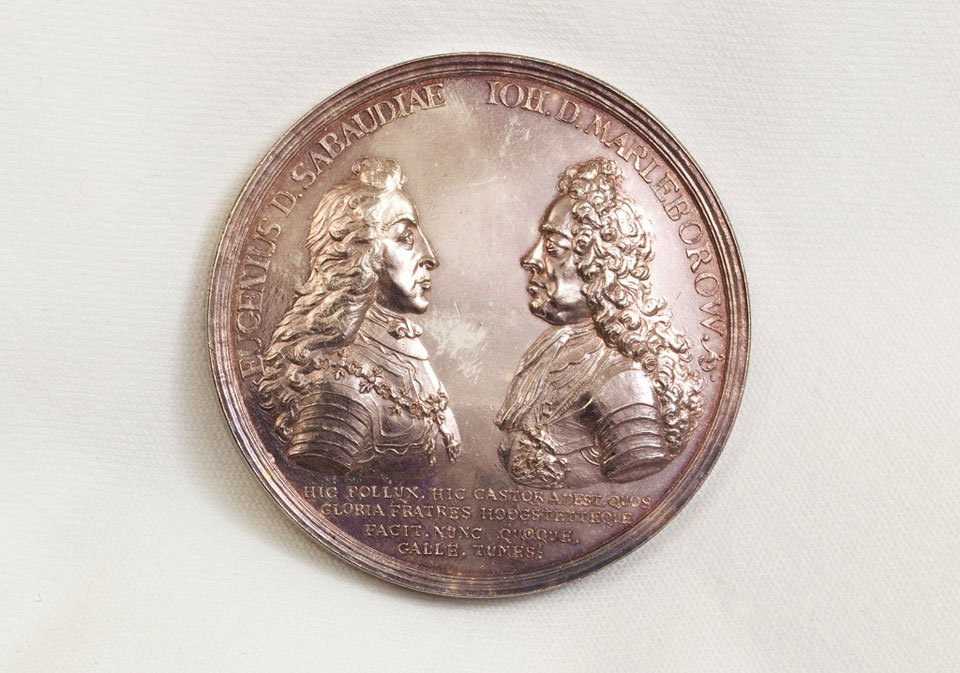 The reverse of this medal shows Marshal Tallard and his staff surrendering their swords to Prince Eugene of Savoy, The Imperial General, and the Duke of Marlborough, on the battlefield.

The Battle of Blenheim during the War of the Spanish Succession (1702-1713) was a model example of allied co-ordination and co-operation, with the Imperial and British forces attacking simultaneously. Though Marlborough's force initially suffered great losses, he ordered a feigned attack to keep the French from advancing, before launching all his available force at the centre of Tallard's army. The enemy was shattered and Tallard taken prisoner.