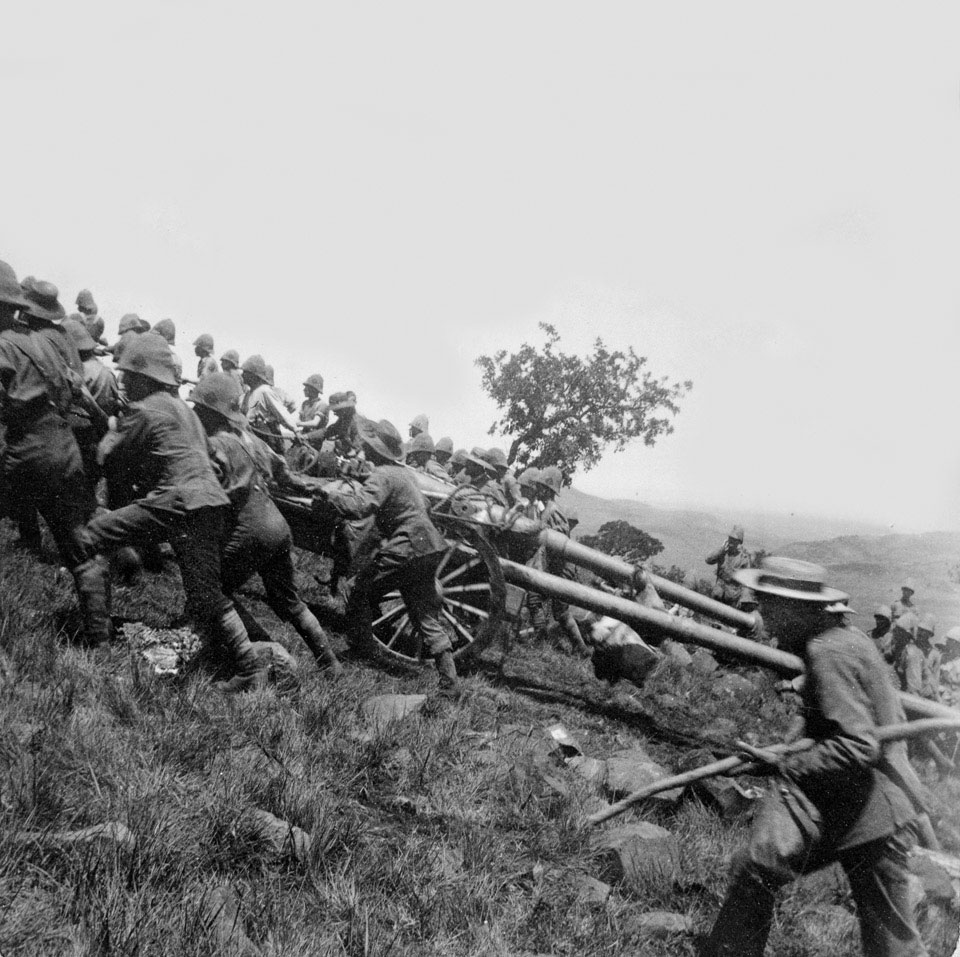 The Royal Navy often took part in land operations to assist the Army. These landing parties were called Naval Brigades. The guns of HMS 'Terrible' and HMS 'Tartar' were especially important during the campaign in Natal. The 12-pounder guns from both vessels were dragged across almost 200 miles of rough terrain from Durban to Ladysmith in October 1899. Today's Royal Navy field gun competition commemorates this remarkable feat.