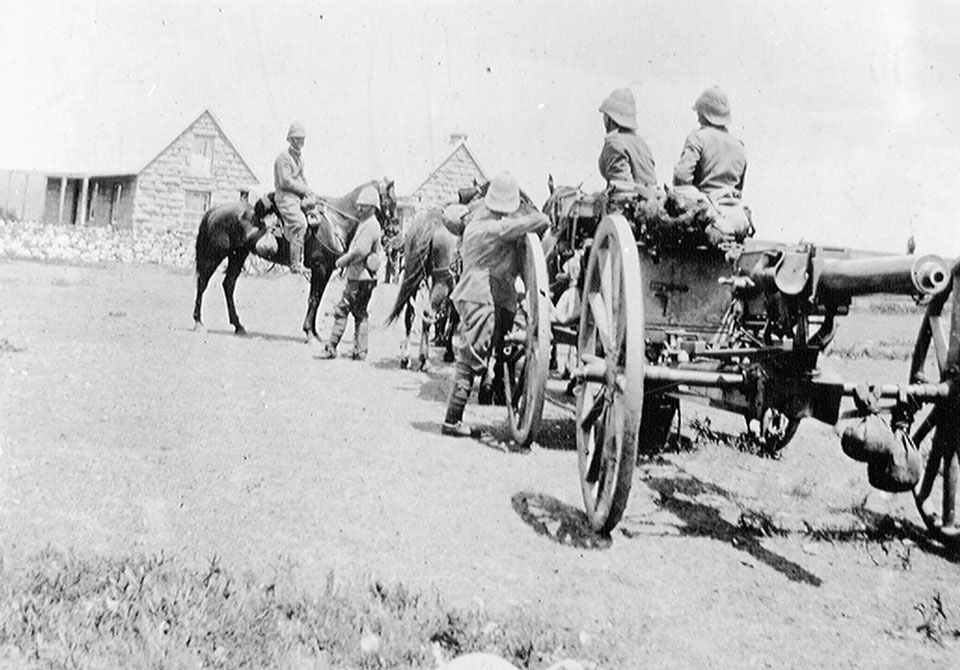 In 1885, at the request of the Admiralty, the Maxim Gun Company developed a 37mm gun as an anti-torpedo boat weapon. Essentially a heavy-calibre machine-gun, it fired belt-fed 1lb shells at a rate of 300 rounds a minute. However, the Admiralty changed its mind before the delivery date and only a nominal order was made. The guns were sold to France and subsequently purchased by the Boers, who used them to great effect against the guns of the Royal Artillery and Naval Brigade as well as the British rifle-calibre machine-guns. Their success created a demand from the British Army for similar weapons and 50 guns and 1.5 million rounds of ammunition were purchased to be sent to Cape Town.

The first three 'Pom Poms' - so called from the noise they made when firing - joined the army at Paardeberg in February 1900 and from then until the end of the War were in constant demand for work with columns. Initially the sections were attached to artillery batteries, but this led to them being treated as part of the battery on the march and even in action, though tactically their role was quite separate. The sections were therefore soon constituted as independent units and were used most successfully in free-lance fashion by officers with tactical vision.