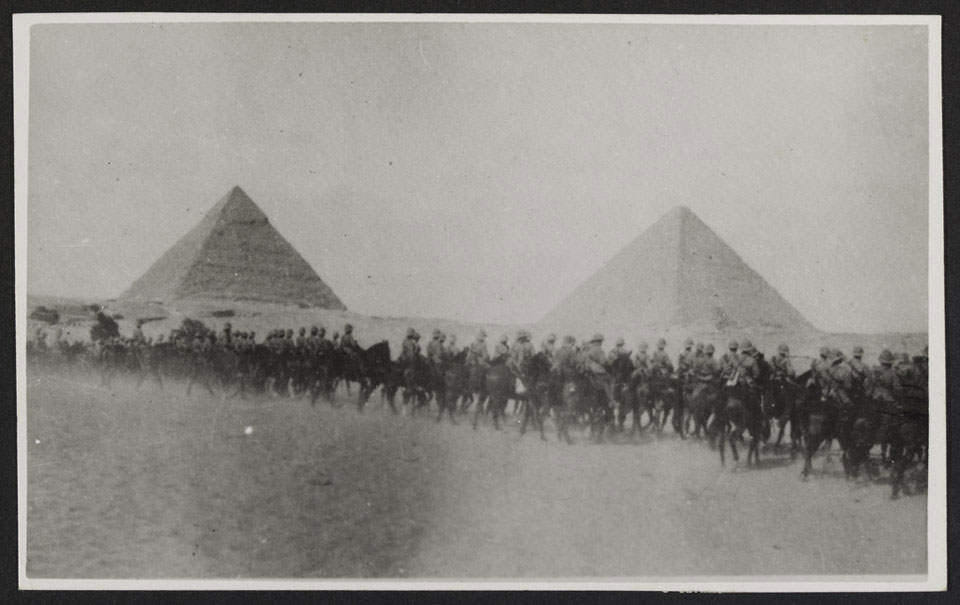 In September 1914 the Royal Buckinghamshire Hussars were transferred to Egypt with the 2nd Mounted Division. In August 1915 they were dismounted and sent to Gallipoli as reinforcements. After the evacuation of the peninsula in December they returned to Egypt.

One of 47 photographs taken by W B Bowyer, Royal Buckinghamshire Hussars, Egypt and Palestine, 1915-1918.