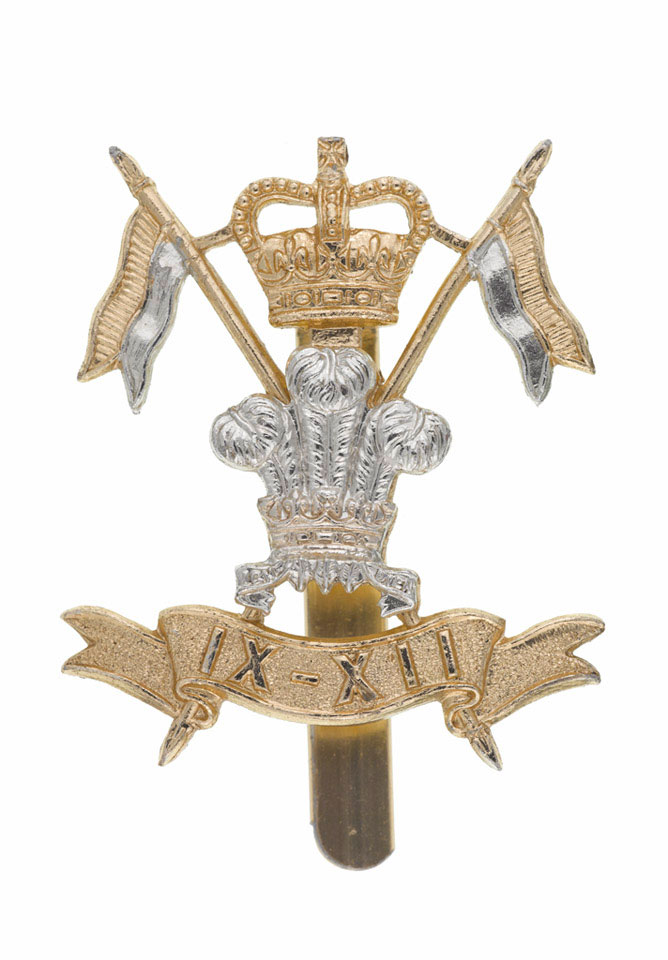 This armoured regiment was formed in 1960 and served with the British Army until 2015 when it was merged into The Royal Lancers.

Its badge includes two crossed lances with pennons, between which is a Queen's Crown. Below this are the Prince of Wales' feathers (inherited from the 12th Lancers) and a scroll inscribed with the Roman numerals 'IX-XII'.