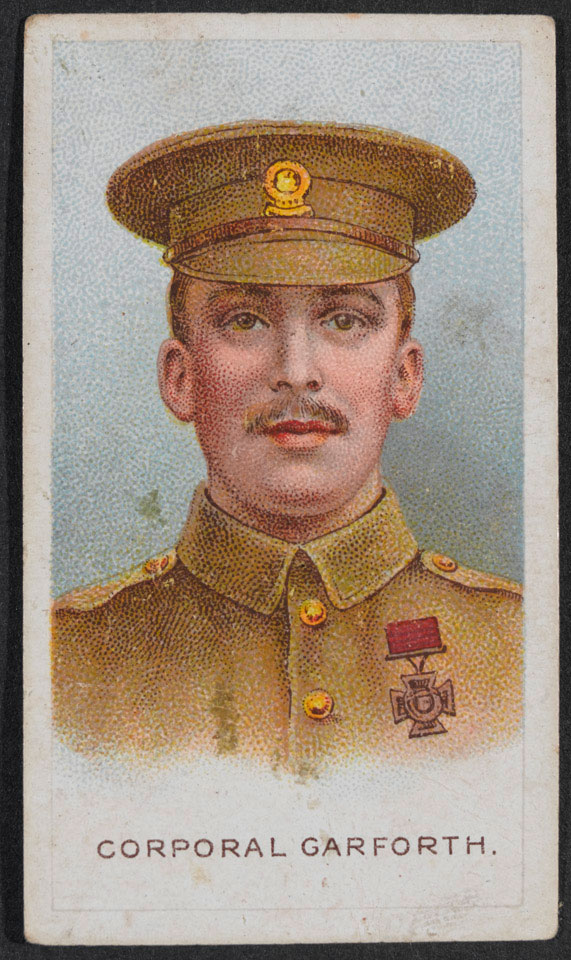 'Corporal Garforth volunteered to cut wire under fire, which enabled his squadron to escape. On 2 September when under constant fire, he extricated a sergeant who was lying under his dead horse, and carried him to safety. The next day, when another sergeant had lost his horse in a similar way, Corporal Garforth drew off the enemy fire and enabled the sergeant to get away'.

Garforth was later captured in October 1914 and spent the rest of the war as a prisoner until being repatriated in November 1918.