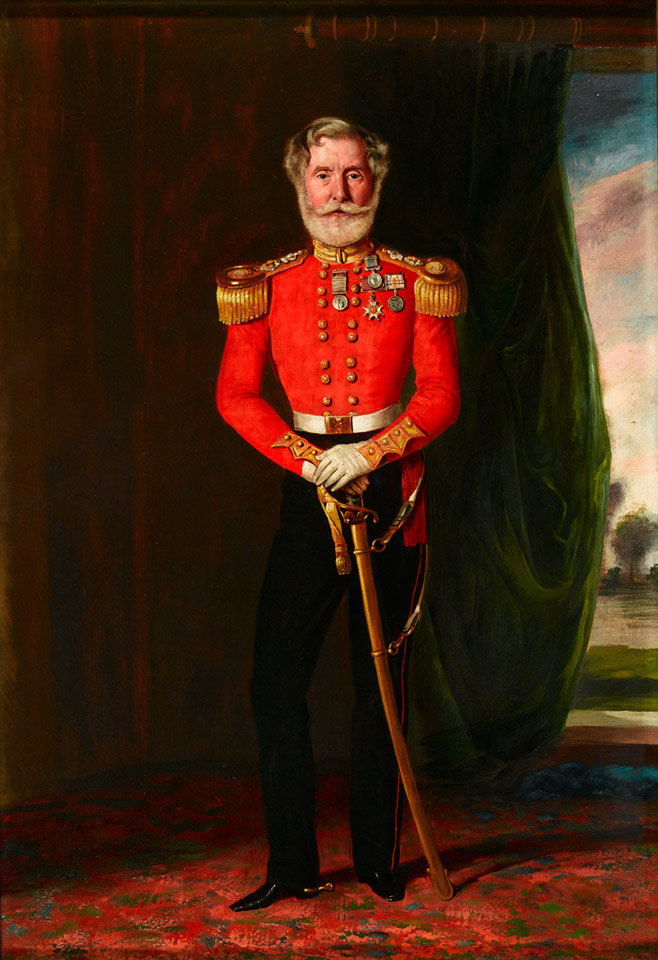 Philip McPherson (1790-1864) had served as a volunteer in the 52nd (Oxfordshire) Regiment of Foot in the Peninsula in 1809 before being commissioned ensign in the 43rd (or Monmouthshire) Regiment of Foot on 2 November of that year. He continued to serve with that regiment until the end of the Peninsular War in 1814, for which he received the Military General Service Medal with eight clasps. McPherson served as aide-de-camp to Sir Charles Napier throughout the operations in Scinde in 1843, was mentioned in dispatches twice, received the Scinde Medal and was nominated a Companion of the Order of the Bath.

Promoted Lieutenant-Colonel in the 17th (Leicestershire) Regiment of Foot in 1852, McPherson commanded the regiment when it embarked at Cork for Gibraltar on 28 April 1854. There he was promoted brevet-colonel before accompanying the regiment to the Crimea on 2 December of that year. Appointed to the command of the 1st Brigade of the 4th Division on 18 December, McPherson served during the siege of Sevastopol until 15 June 1855, when he was invalided to England suffering from ill health brought on by 'over-fatigue' in the trenches.

It is believed that this portrait was painted in the artist's home town of Portsmouth shortly after McPherson's return from the Crimea.