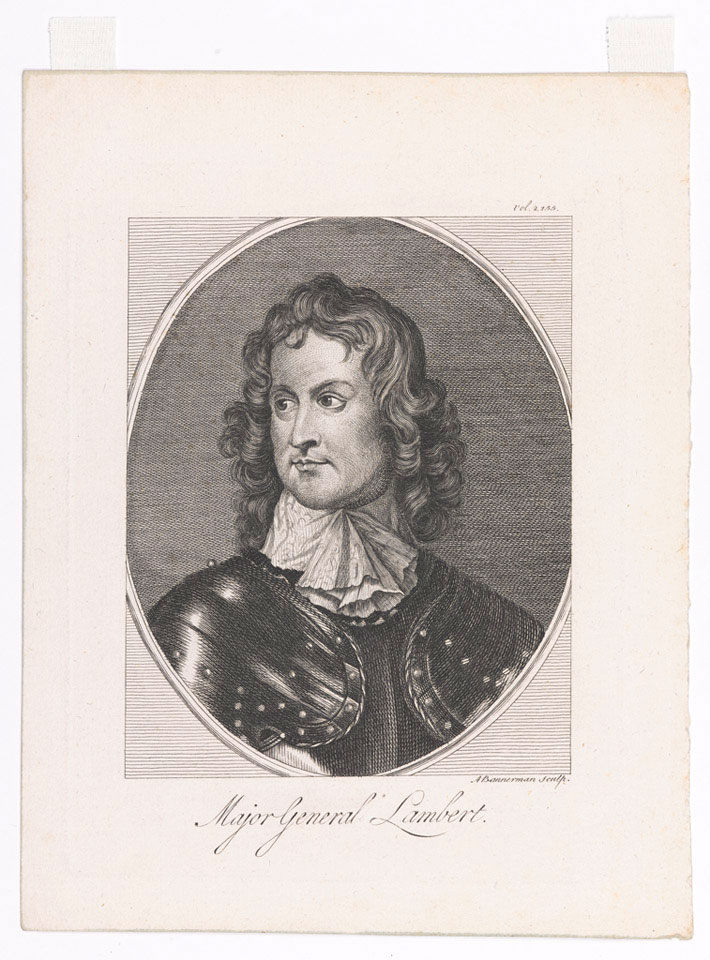 Engraving by A Bannerman after Robert Walker, from Horace Walpole's Anecdotes of Painting in England, published 1762.

Lambert (1619-1684) was one of the most gifted of Oliver Cromwell's military subordinates. He fought at Marston Moor (1644), and commanded a regiment in the New Model Army, becoming a major-general at the age of 28.

In 1650, Lambert commanded the left wing of the Parliamentarian army at the Battle of Dunbar. The following year he won a crushing victory over the Scots at Inverkeithing, and played an important part in Cromwell's victory at the Battle of Worcester. He later administered the north of England as one of the 'Major-Generals', a system which he probably devised.

In 1659, after a dispute between Parliament and Army officers over control of the Army, Lambert expelled Parliament and attempted to rule by military force. His troops were dispersed by General Monck in 1660, and Lambert himself captured and imprisoned. Condemned to death in 1662, he was reprieved but remained a prisoner for the rest of his life.