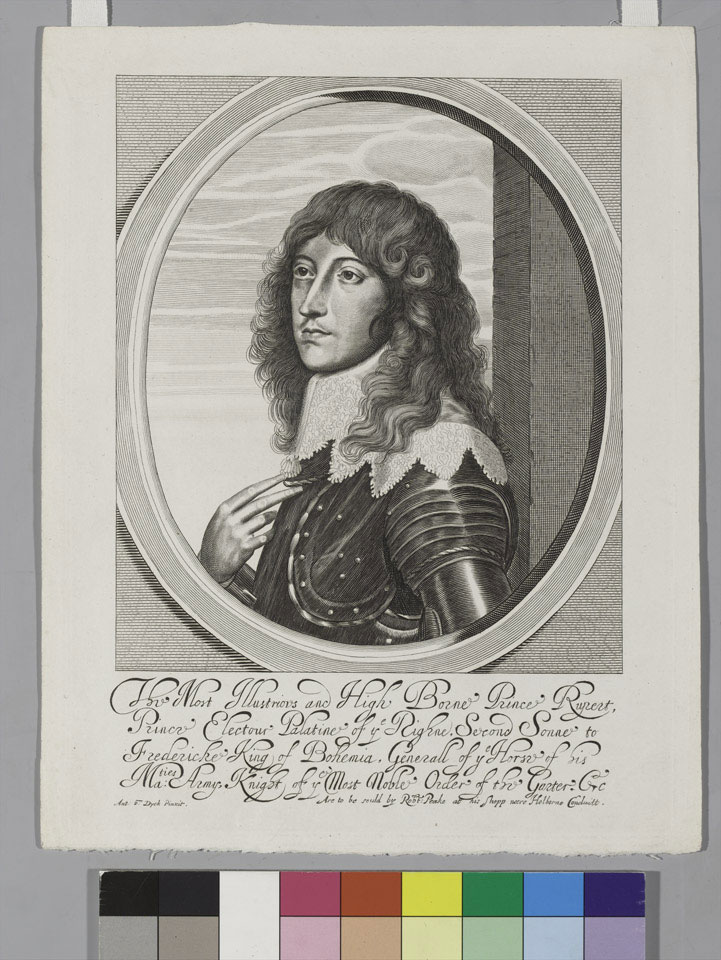 Prince Rupert of the Rhine (1619-1682) was a nephew of King Charles I and a charismatic Royalist cavalry commander during the First Civil War (1642-1646). Rupert had considerable success during the early years of the conflict. His drive, determination and experience of European military techniques brought him several victories, but he eventually surrendered to Parliamentarian forces after the fall of Oxford in 1646 and was banished from England.