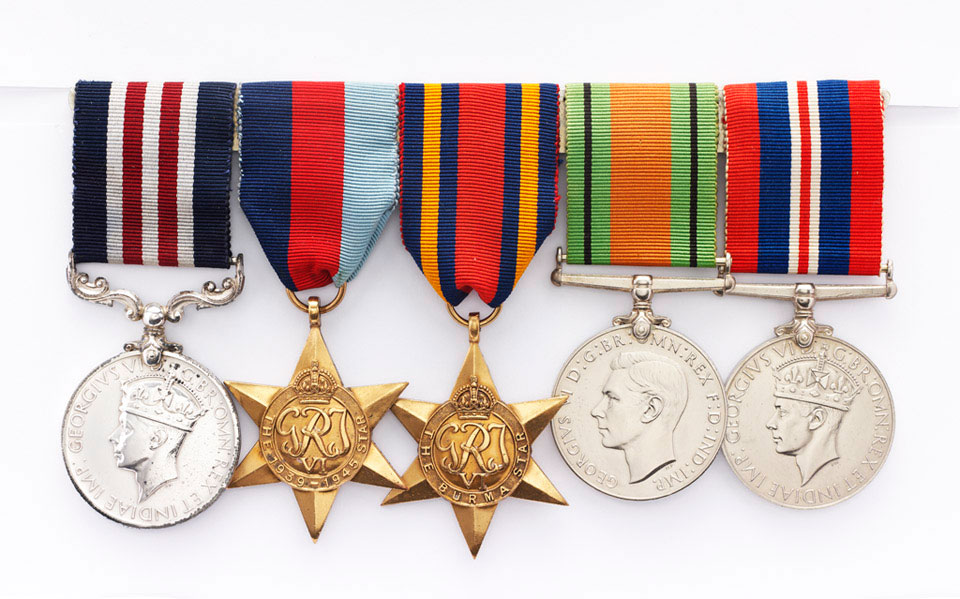 Hadfield's citation described the act of gallantry thus: 'On 15 February 1945 Hadfield was as a bren gunner in the HQ company perimeter formed on the Shweli River near Myitson [in north-east Burma]. He was covering his platoon who were clearing fields of fire. Without warning a party of Japanese, about 18 strong, put in a bayonet charge round a bend in the track, twenty yards from the perimeter. Realising the seriousness of the situation, Private Hadfield immediately dashed out into the open to get a better field of fire, and to give his platoon time to get into position. He opened up with his Bren immediately and firing almost continuously was able to stop the enemy rush.

A few minutes later the remaining Japanese deployed; and opened up with rifles and LMGs on Private Hadfield's position. The enemy then began to make determined efforts to get their wounded away from the track band and tried to cover their parties by fire.

Private Hadfield remained in his exposed position and engaged the enemy whenever he appeared on the side of the track, until they finally gave up all further attempts and withdrew. Eight enemy were killed by Hadfield's accurate fire and later, a ninth body, one wounded prisoner and much equipment were found in front of his position. The cool bravery o this private soldier at a critical juncture of the engagement was of the highest order, and it was mainly due to his offensive determination and readiness under fire that the Japanese were prevented from breaking through his sector'.