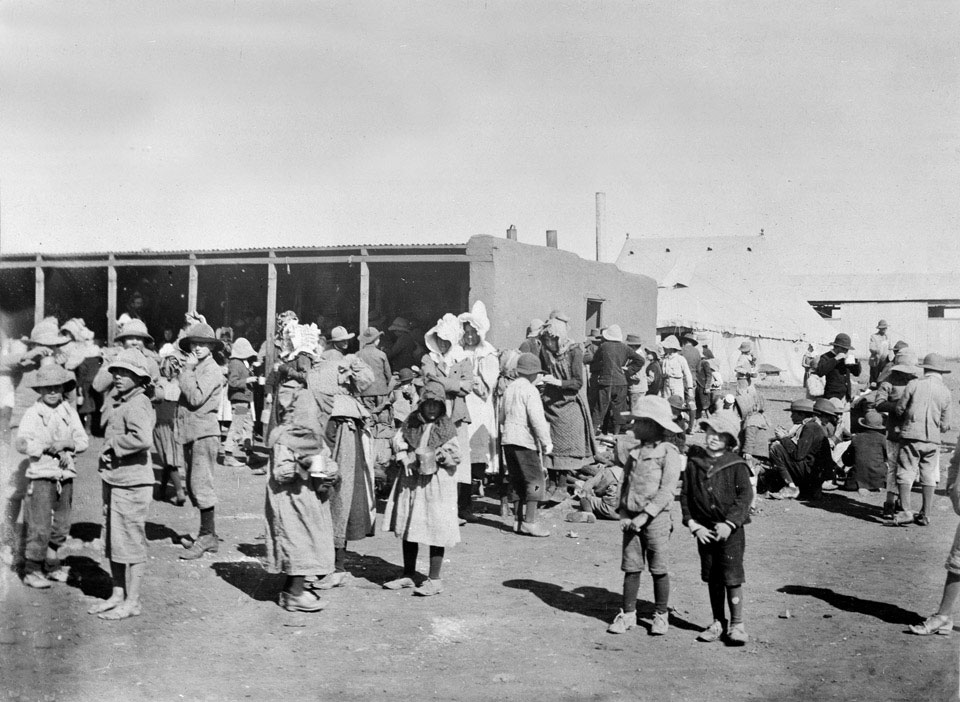 Boer women and children at a concentration camp, 1901 (c)

During the South African conflict, concentration camps were used to house Boer guerillas and their families. Over 20,000 of these people died from hunger and disease. The majority of inmates were people caught up in the British military drives. Both white and black people were cleared from the country to prevent Boer commandos obtaining supplies, information and assistance, and from using farms as positions from which to snipe at British troops. It was also believed that the presence of Boer families at British camps would induce those in the field to surrender.

In the event, the policy proved to be counter-productive. It aroused widespread criticism at home, not least because of the fatalities, and by relieving the Boers of responsibility for their families, allowed them to concentrate on fighting. The primary cause for the deaths in the camps was incompetence and a lack of adequate medical care rather than any deliberate attempt to kill. Nevertheless, the use of camps as a weapon against civilian populations pointed the way ahead to the horrors of total war in the 20th century.