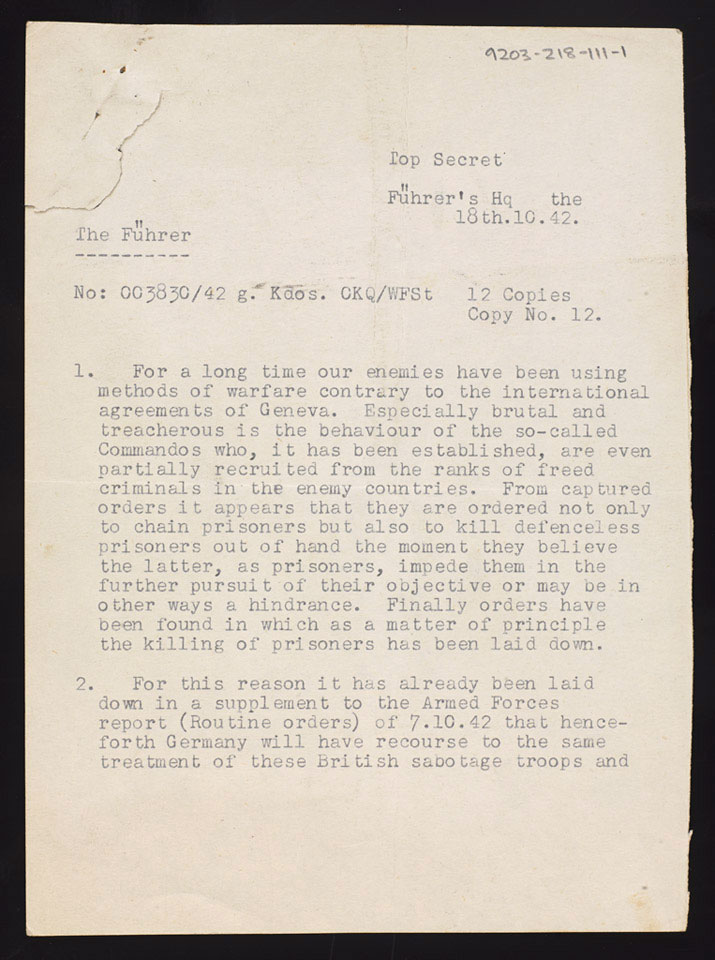 British commando raids so enraged Hitler that he issued his infamous 'Commando Order' in 1942, which allowed the summary execution of any captured commando, even if they were in uniform.

This war crime was extended to all British special forces personnel caught in Nazi-controlled territory, including members of the Special Air Service and Special Boat Squadron, although its implementation depended on local circumstances.

From a collection of papers, mainly reports and accounts, relating to Army Commandos in World War Two.