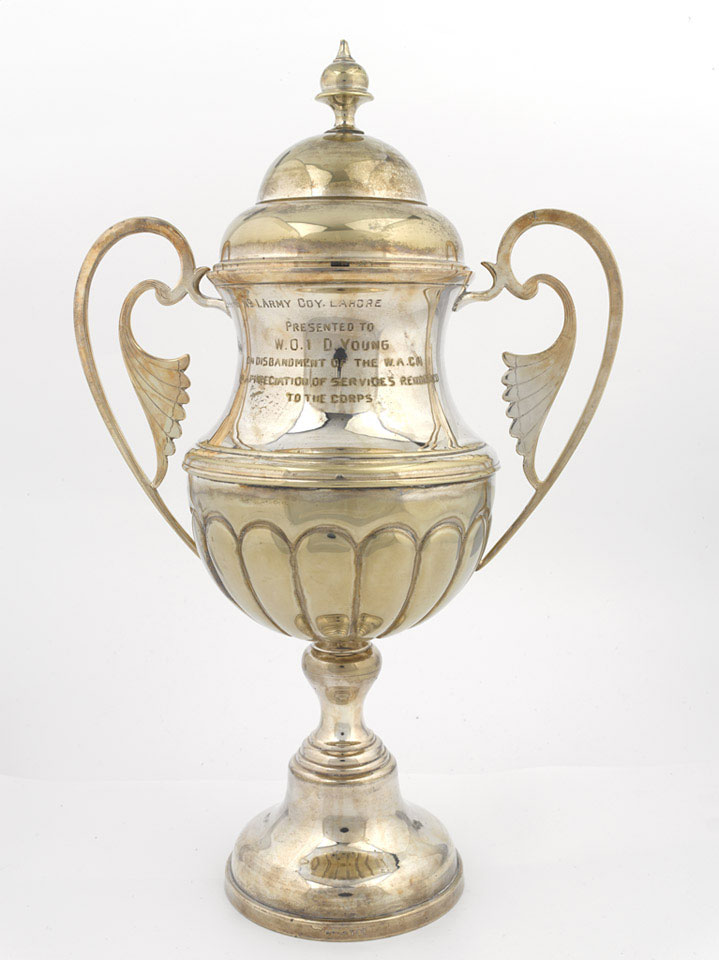 This cup was awarded to the winners of the Women's Auxiliary Corps (India) Inter-Company Tug-of-War competition. The Corps was formed in 1942, to enable women to replace men as clerks, typists, hospital orderlies, drivers and other trades in the Indian Army. It was presented to WO1 Dorrell Young on the disbandment of the Women's Auxiliary Corps in 1945.