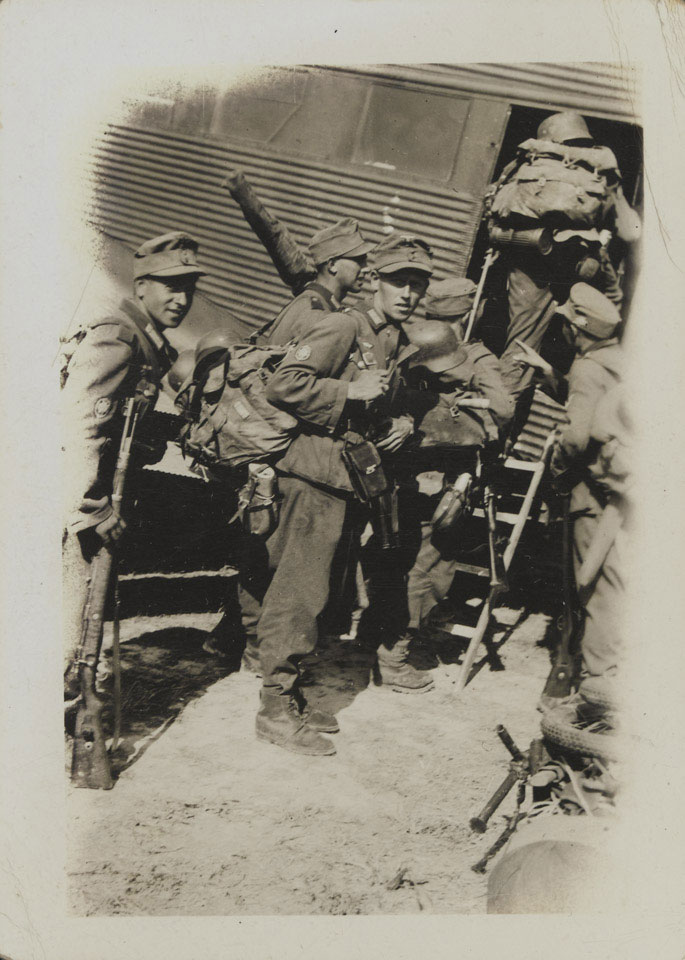 German mountain troops embark on their transport aircraft for the invasion of Crete, 1941

Following their occupation of the Greek mainland, the Germans invaded Crete on 20 May 1941 in a massive airborne assault. German paratroops attacked the airfields of Maleme, Rethimnon and Heraklion, but were met by stiff resistance from Allied soldiers and the Cretan population. The numerically superior Germans eventually overwhelmed the defenders and the Allies evacuated the island.

One of seven photographs taken from a German prisoner of war on Crete by Charles Hill, Royal Army Ordnance Corps attached No. 4 Ind Inf BAD W/S, May 1941.