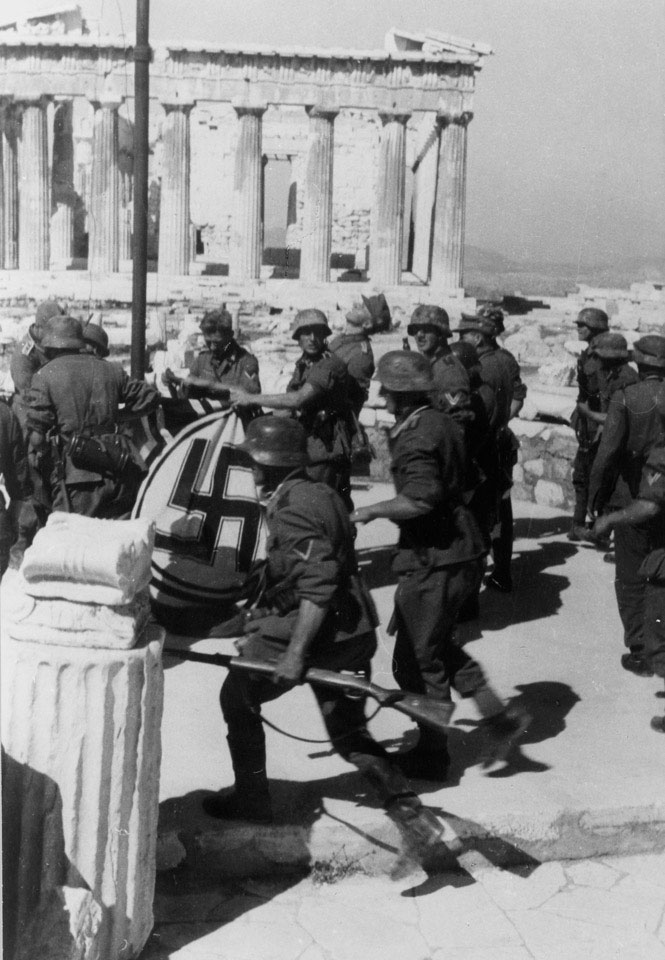 Despite the brave resistance of the Greek and Commonwealth troops, the speed of the German 'Blitzkrieg' (launched on 6 April 1941) overwhelmed their defensive positions in northern Greece. The Germans then quickly captured the southern Greek cities and the struggle ended with the fall of Athens on 27 April. The Allies lost around a quarter of their strength (of 58,000), including 11,000 men captured. Nevertheless, about 45,000 Allied soldiers were successfully evacuated to Crete. German losses were about 11,500, with 2,500 dead.