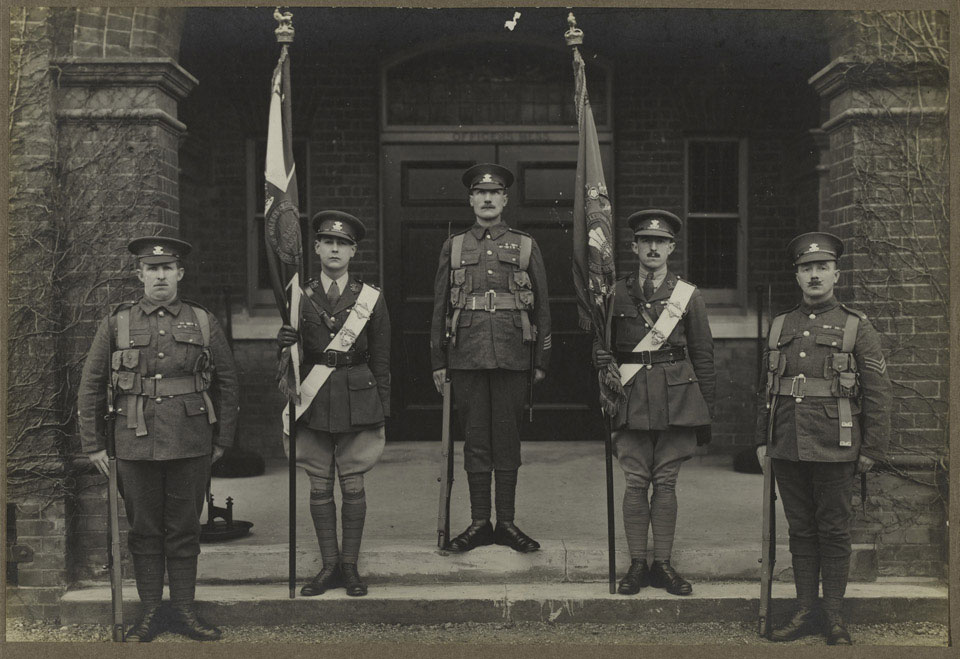 The two colours were collectively called a stand. In British infantry units the King's Colour was usually a union flag trimmed with gold fabric, and with the regiment's insignia placed in the centre. The Regimental Colour was a flag of a single colour, usually the colour of the uniform facings (collar, lapels and cuffs) of the regiment, again often trimmed and with the insignia in the centre.