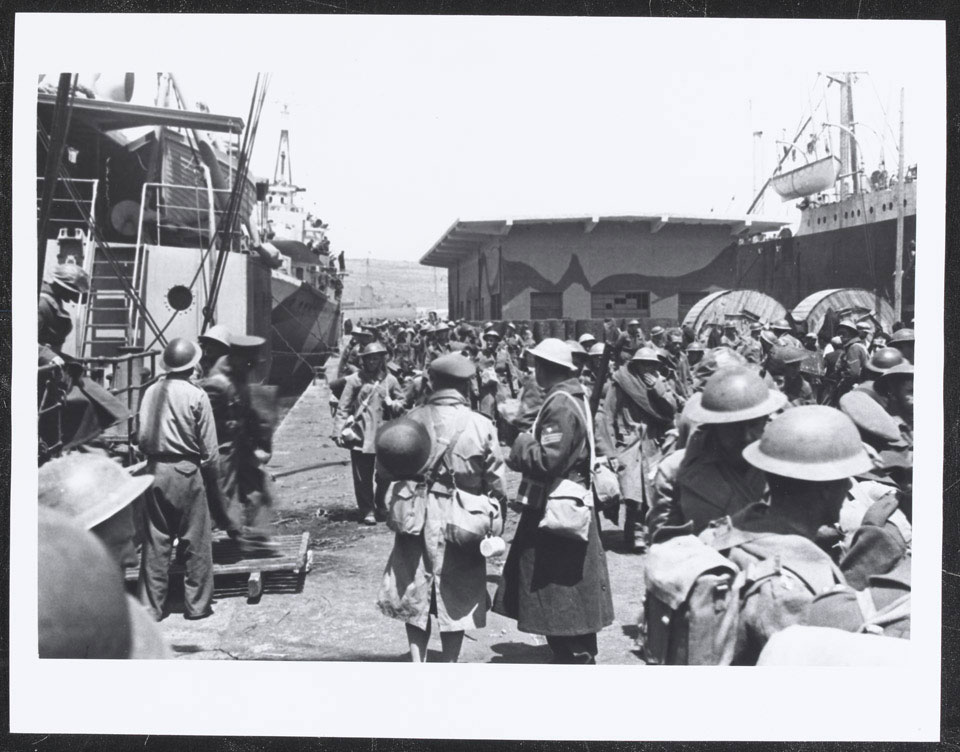 Allied troops arrive in Crete after the evacuation, 1941