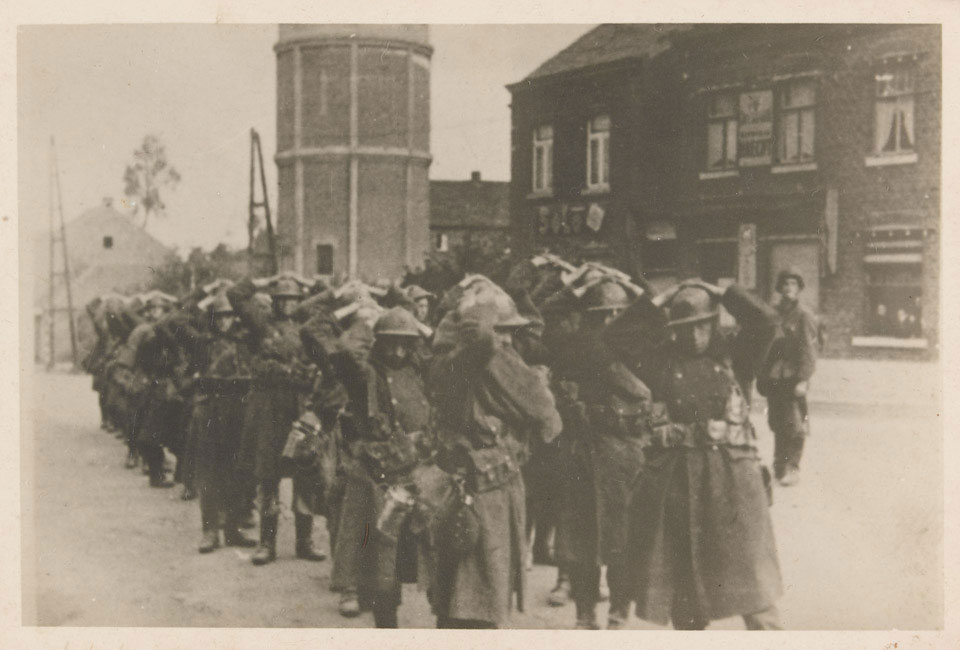 Belgian soldiers surrender to the Germans, 1940

On 10 May 1940, the Germans invaded the Netherlands, Belgium and Luxembourg. Using the 'Blitzkrieg' techniques of fast moving armoured formations supported by ground-attack aircraft, mobile artillery and mechanised infantry, they quickly overwhelmed the Dutch and Belgian armies. The Germans seized the initiative from the outset, capturing the key Belgian fort of Eban Emael with a daring airborne operation.

The British and French forces had moved into Belgium to meet the attack. However, the main German effort was directed further south. General Gerd von Runstedt's Army Group A, with 38 infantry and seven armoured divisions advanced through the forests of the Ardennes, considered impassable by the Allies.