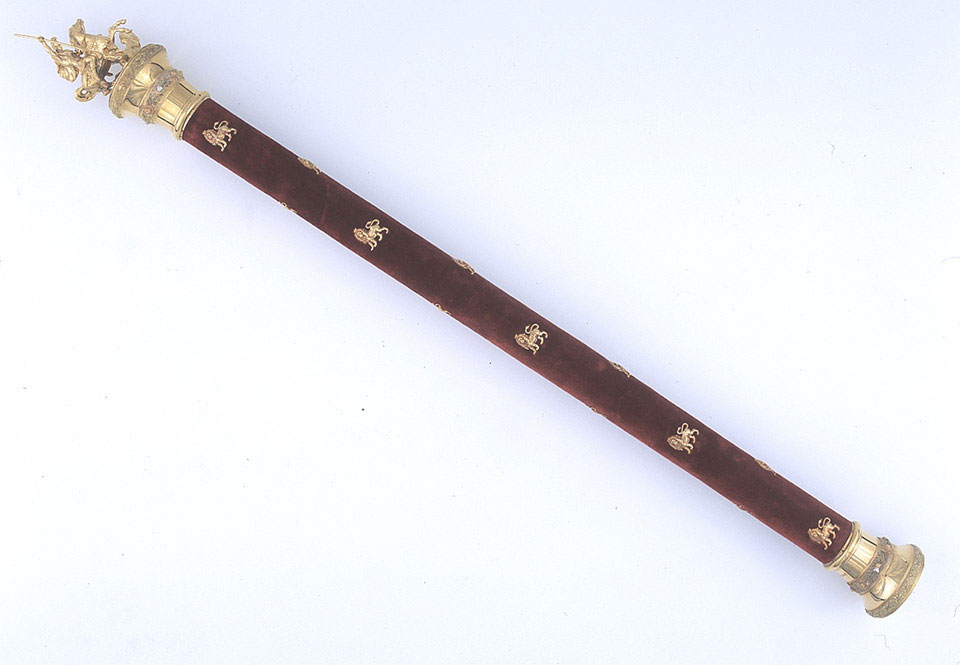 The baton is covered in purple velvet decorated with gold lions. The gold and silver gilt ends are trimmed with bands of union flowers. The top bears a representation of St George, mounted, slaying the dragon.

Sir Stapleton Cotton (1773-1865) was promoted to field marshal in 1855 but he had made his name as a cavalry commander. He took part in many engagements in India including the actions at Malavelly and Seringapatam (1799). Later he served in the Peninsula at Talavera (1809) and Torres Vedras and particularly distinguished himself at the Battle of Salamanca (1812). On the conclusion of peace in 1814 he was raised to the peerage as Baron Combermere. After Lord Uxbridge was wounded at Waterloo (1815) Cotton was sent for to take over his command, and he remained in France with the Army of Occupation. In 1817 he was appointed Governor of Barbados and in 1825 he became Commander-in-Chief in India where he captured the fort of Bhurtapore (1826). For this service he was created Viscount Combermere.