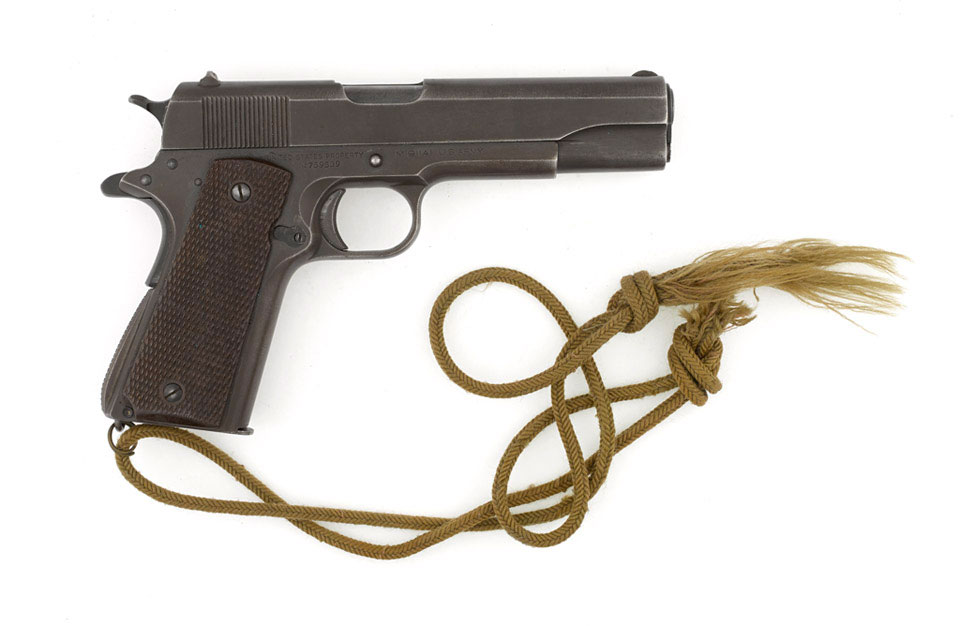 Designed by John Moses Browning and initially produced by Colt, this iconic pistol was used by the armies of several nations throughout the 20th century and saw service in the First World War, Second World War, Korean War and more recent conflicts.

Lieutenant-Colonel Augustus Charles Newman (1904-1972) won the Victoria Cross while serving with No 2 Commando, for his gallantry during the St Nazaire Raid in 1942.