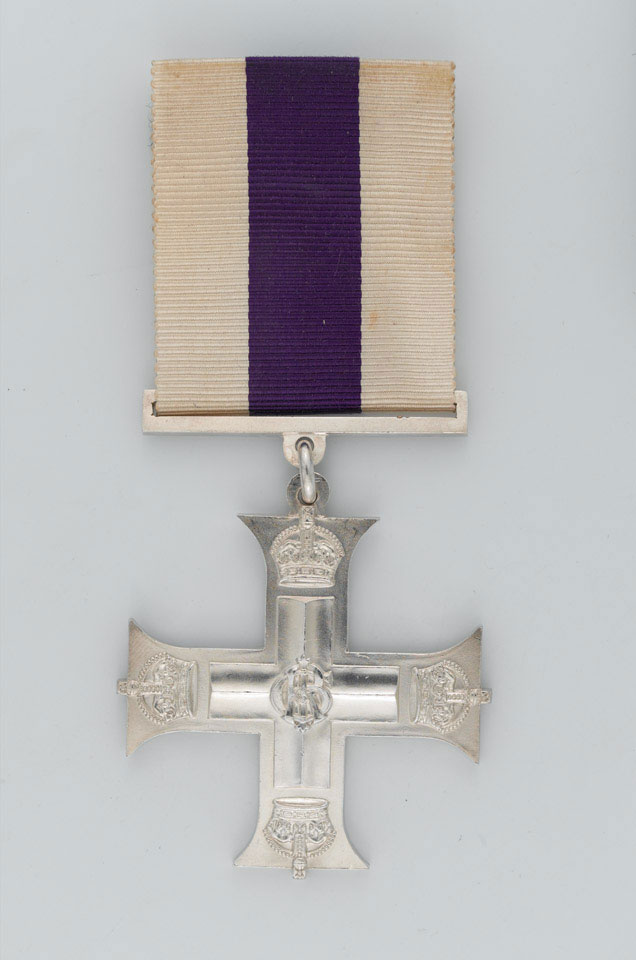 On 19-20 July 1915, during the Battle of Hooge, Hallowes' unit was serving with the 3rd Division when he was awarded the Military Cross (MC). 'The London Gazette' of 6 September 1915 described how:

'During an enemy attack down a communications trench there was a shortage of bombs. He climbed out of the trench exposing himself to fire at the enemy and hitting several of them. He also assisted in constructing a block, dug out a communications trench under heavy shell fire and rebuilt a parapet that had been blown in. Throughout the night he assisted in keeping touch and supplying bombs'.

Two months later Hallowes was awarded a posthumous Victoria Cross (VC) following another series of actions at Hooge that occurred between 25 and 30 September 1915.