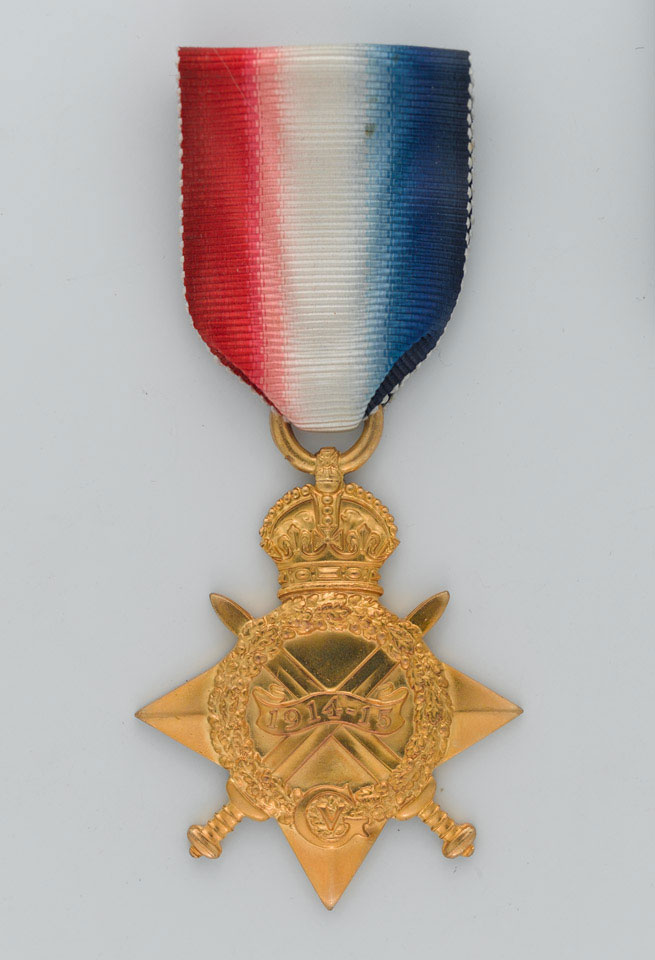 Bronze four-pointed star surmounted by a crown, with two crossed swords beneath a scroll bearing the medal's year range, '1914-15', within a wreath of oak leaves bearing the royal cypher for King George V, 'G V'. The reverse is unadorned save for the recipient's number, rank, name and unit. The medal ribbon has red white and blue watered and shadowed stripes.

Awarded the Victoria Cross for his actions at Hooge, Belgium, between 25 and 30 September 1915, Hallowes died of his wounds, aged 34, and is buried at the Bedford House Commonwealth War Graves Commission Cemetery near Zillebeke.