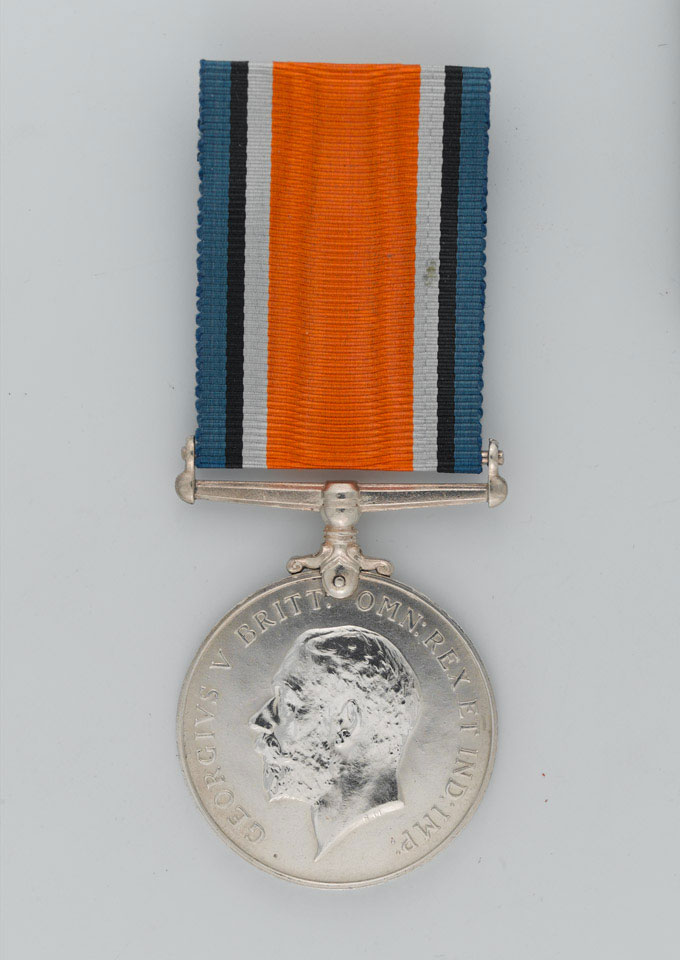 Campaign medal with a portrait of King George V facing left on the obverse and an equestrian figure of St George, trampling a shield bearing the Prussian eagle, on the reverse. Additional designs on the reverse include the years, '1914' and '1918', a skull and crossed bones representing death and a rising sun, representing victory.

Awarded the Victoria Cross (VC) for his actions at Hooge, Belgium, between 25 and 30 September 1915, Hallowes died of his wounds, aged 34, and is buried at the Bedford House Commonwealth War Graves Commission Cemetery near Zillebeke.