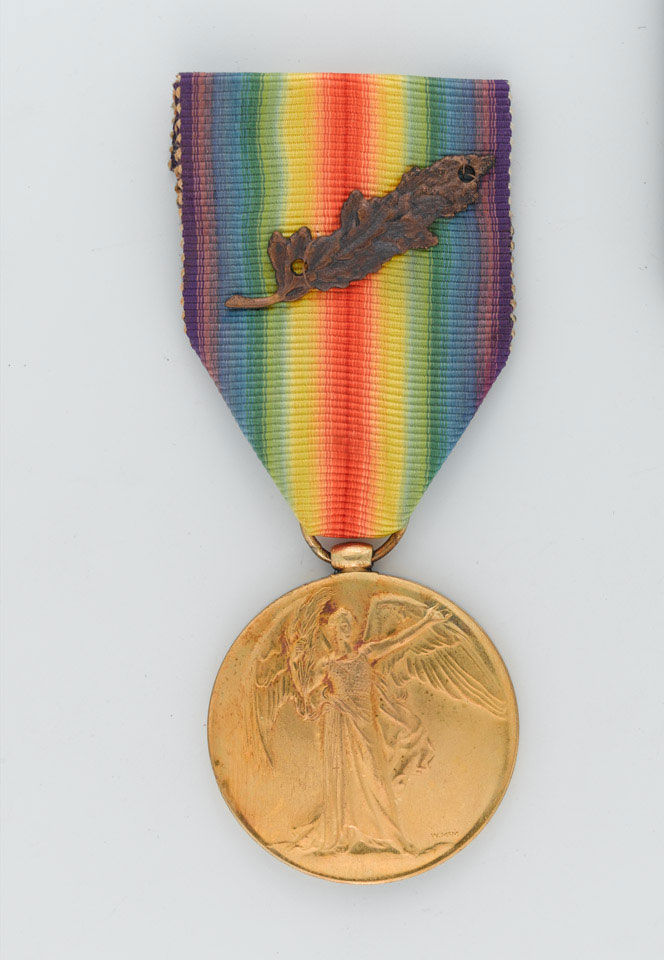 Circular, bronze medal designed by William McMillan with a figure of Winged Victory holding a palm branch on the obverse. On the reverse, the inscription, 'The Great War for Civilisation 1914-1919', within a laurel wreath. The medal is suspended from a double rainbow coloured medal ribbon with an oak leaf, denoting the recipient was 'Mentioned in Despatches'.

Awarded the Victoria Cross for his actions at Hooge, Belgium, between 25 and 30 September 1915, Hallowes died of his wounds, aged 34, and is buried at the Bedford House Commonwealth War Graves Commission Cemetery near Zillebeke. His Allied Victory Medal also includes a Mention in Despatches oakleaf as he was included in Field Marshal Sir John French's despatch of 30 November 1915.