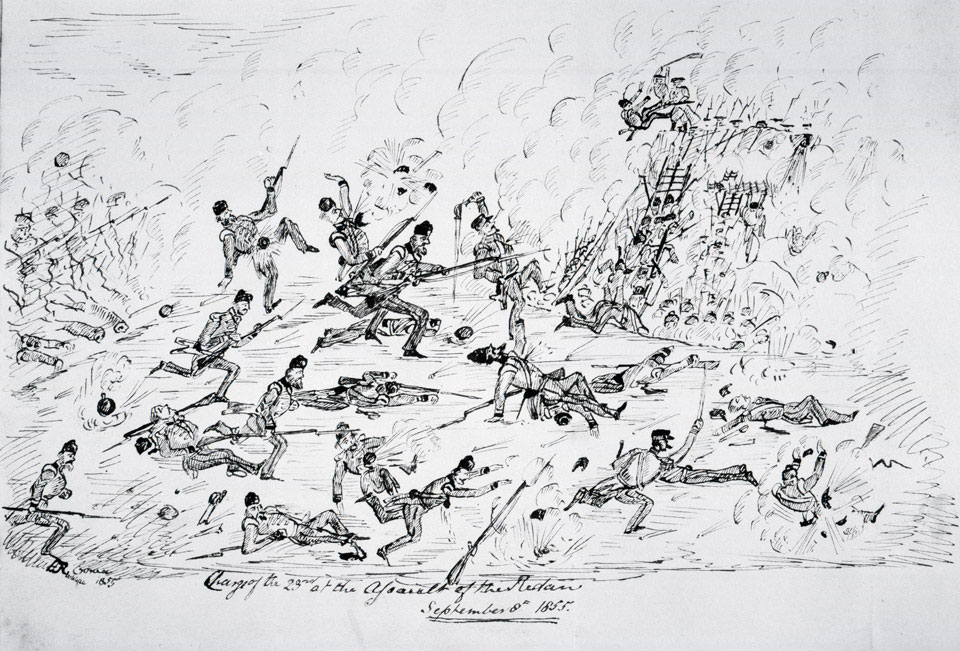 The attack against the Redan had already stalled when, as a last desperate throw of the dice, Major-General Sir William Codrington sent forward a wing of the 23rd (Royal Welsh Fusiliers) Regiment. It was hoped that the 23rd might be able enter the Redan by its right face and get behind the Russian defenders, but when this attempt failed the rout of the British troops desperately trying to cling on inside the salient angle and along the outer slope of the Redan became inevitable. Among the wounded who managed to make their way back to the British trenches was the executor of this sketch, Lieutenant Delmé Radcliffe.

From album of pencil, pen and ink, and watercolour drawings. Associated with the Siege of Sevastopol, Crimean War (1854-1856).