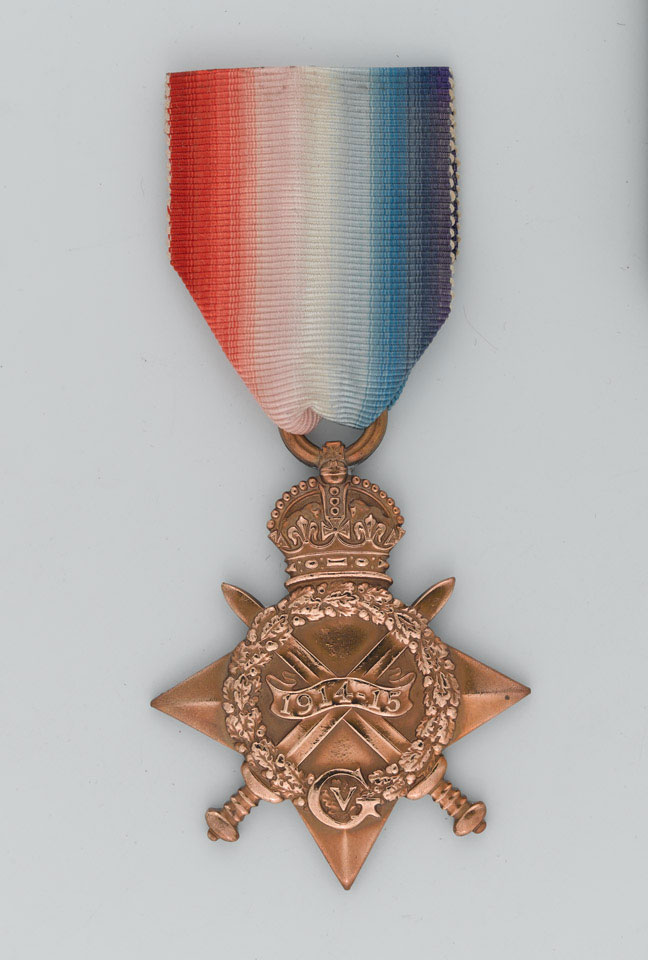 Bronze four-pointed star surmounted by a crown, with two crossed swords beneath a scroll bearing the medal's year range, '1914-15', within a wreath of oak leaves bearing the royal cypher for King George V, 'G V'. The reverse is unadorned save for the recipient's rank, name and unit. The medal ribbon has red, white and blue watered and shadowed stripes.

Allastair Malcom Cluny McReady-Diarmid was awarded the Victoria Cross posthumously for his actions in the Moeuvres Sector on the Western Front, on 30 November and 1 December 1917. His name appears on the Cambrai Memorial at Louveral.