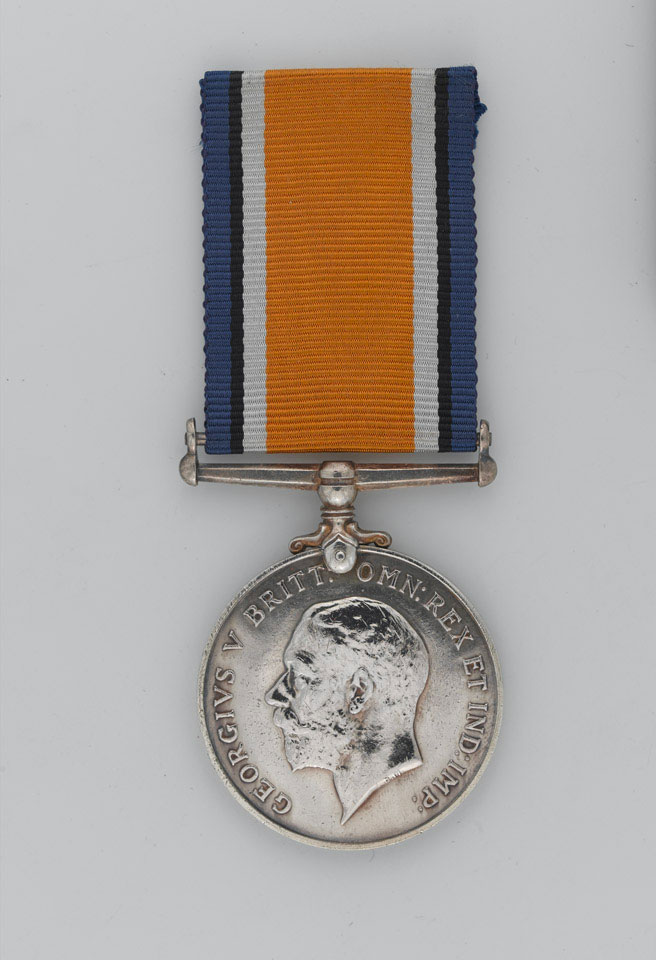 Silver campaign medal with a portrait of King George V facing left with the inscription, 'Georgivs V Britt: Omn: Rex Et Ind Imp:', on the obverse and an equestrian figure of St George, trampling a shield bearing the Prussian eagle, on the reverse. Additional designs on the reverse include the years, '1914' and '1918', a skull and crossed bones representing death and a rising sun, representing victory. Orange corded silk ribbon edged with blue and white vertical stripes.

Allastair Malcom Cluny McReady-Diarmid was awarded the Victoria Cross posthumously for his actions in the Moeuvres Sector on the Western Front, on 30 November and 1 December 1917.

The British War Medal was awarded to all members of the British and Imperial military forces who completed 28 days mobilised service during 1914-1918. Although World War One ended in 1918, the qualification period for this medal was extended to cover post-war ordnance clearance and service in Russia during 1919-20. Over six million silver medals were issued to Empire soldiers and around 110,000 bronze versions of the medal were issued to those Africans, Chinese, Indians and other peoples from across the Empire who had served in the various Labour Corps raised during the conflict.