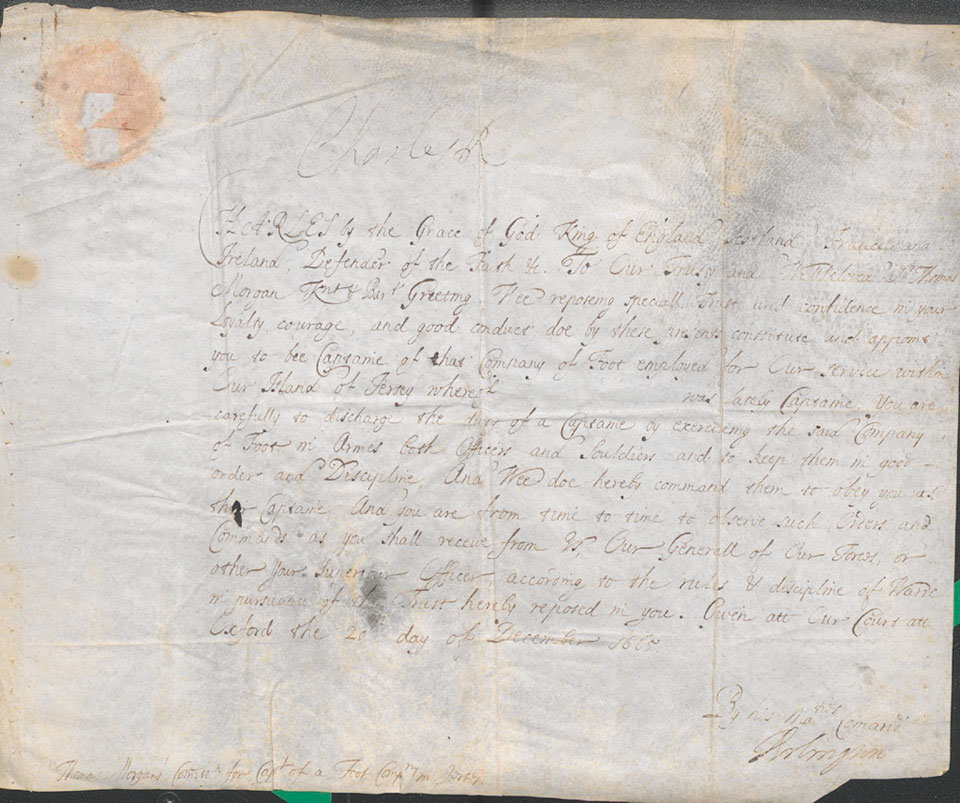 Morgan (1604-1679) was a major-general in the New Model Army during the Civil War (1642-1651), serving in Wales and Gloucestershire before assisting General George Monck in Scotland. He fought in Flanders in 1657 and was knighted by Parliament for his services. After the Restoration, he took part in the Iberian expedition to help the Portuguese fight the Spanish. He was then appointed Governor of Jersey and commissioned as a captain of foot